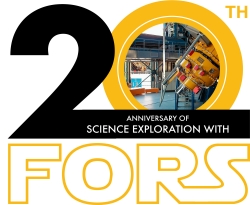 In April 1999, the first of the twin workhorses of the Very Large Telescope, FORS1, started regular science operations. In September 1999 its twin, FORS2 arrived on Paranal and entered regular service on UT2 Kueyen in April 2000.

Over the years, the two FORS instruments provided unique data, leading to many astronomical discoveries, not to mention very well-cited papers.  Both were in high demand and were among the most prolific of all Paranal instruments during the time when they were both offered.  Though operations with FORS1 came to an end on 01 April 2009, a revamped FORS2 has continued down that same high-demand, high-productivity path.

In 2019, we will celebrate 20 years of first light for FORS2 and a cumulated operational life of 29 years for both instruments! This is the right time to take a moment and see what makes FORS such successful instruments.

ESO will celebrate the 20th anniversary of FORS exploration in a one day science meeting on the 12 March 2019 at the new SuperNova building in Garching (Germany). 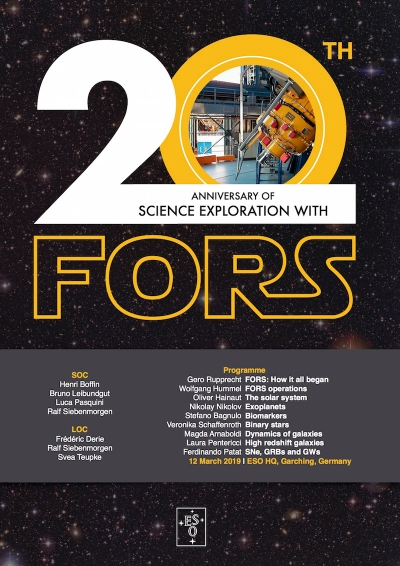