Tim de Zeeuw took over as Director General of ESO in September 2007, succeeding Catherine Cesarsky. At that time, the Very Large Telescope (VLT) at Paranal was equipped with a full contingent of first-generation instruments, the La Silla Observatory continued with a leaner support model, ALMA was in construction, and planning for an extremely large telescope was advancing.

In the decade since then, ESO has reinforced its position as a major player on the world astronomical stage. At Paranal, a suite of powerful second-generation instruments has entered routine observing on the VLT and is arriving on the VLT Interferometer, while the VISTA and VST survey telescopes are scanning the skies. The key role of La Silla has advanced, with many small national telescope projects devoted to transient and exoplanet detection. Dedicated planet-hunting telescopes have come to Paranal too, with NGTS in operation and SPECULOOS under construction. Construction of ALMA has been completed and the telescope is now in its fourth observing cycle, in great demand and transforming the field of submillimetre astronomy. The APEX telescope, a pathfinder for ALMA, has had its operating agreement extended by a decade through to 2022.

The Extremely Large Telescope has advanced conclusively: funding has been secured; the design is completed and contracts are out for the optics, telescope and dome; first-generation instruments are in development; and the site at Cerro Armazones has been selected, donated by the Chilean government to ESO, and everything is prepared for building to begin soon. ESO has continued to grow, with several new Member States over the last decade (Austria and Poland, with Brazil’s ratification pending), and has increased its interaction with other international organizations, for example with closer ties to CERN and ESA. The Cherenkov Telescope Array has recently selected its southern site to be on the ESO area that also contains Paranal, with ESO as a partner.

In addition to developments at the observatory sites, the facilities at ESO’s headquarters in Garching, and in Vitacura, have been strengthened. All the staff at the HQ are now on a single site, improving the opportunities for scientific collaboration and other interactions. Also at the HQ, ESO’s science and technology will soon be brought to the public in a new and exciting way with the ESO Supernova Planetarium and Visitor Centre.

Throughout this time, thanks to the dedicated work of ESO’s staff and a very active user community, the scientific bounty from ESO’s telescopes has been considerable, with important discoveries across all areas of astrophysics.

The last decade has clearly witnessed a great expansion in the footprint of ESO on the world astronomical landscape. At the conclusion of Tim de Zeeuw’s ten years at ESO, it is timely to celebrate these advances. The conference will cover the development of the organisation and its activities over the last decade, focusing mostly, but not exclusively, on scientific advances, and will outline the prospects which these developments open for the future.

The article “Reaching New Heights in Astronomy — ESO Long Term Perspectives”, published in the Messenger, gives further detail of these developments, with a comprehensive description of ESO in the current global astronomical context, and its plans for the next decade and beyond.

The conference will take place at the ESO Headquarters in Garching (Germany) from 28–30 August 2017.

There will be no registration fee. 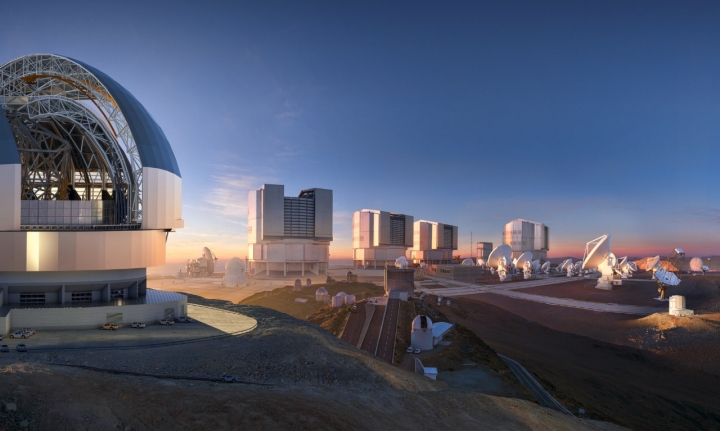