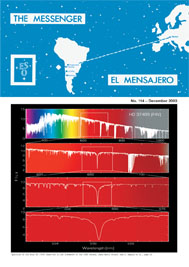 The UVES Paranal Observatory Project (POP), is an on-going program of acquisition, reduction, and public release of stellar spectra obtained with UVES at the VLT unit Kueyen. All stars are observed with two instrument modes Dichroic 1 and Dichroic 2, in order to cover almost completely the wavelength interval from 300 to 1000 nm. The spectral resolution is about 80,000, and for most of the spectra, the typical S/N ratio is 300 - 500 in the V band.

Program stars fall into two groups, namely stars belonging toopen clusters, and field stars.
Spectra have been obtained for the largest possible number of members of two selected open clusters, IC 2391 (Omi Vel Cluster) and NGC 6475 (Messier 7), without compromising the quality of the spectra (in terms of S/N ratio).Open cluster stars were generally observed during night time.
Field stars are observed during twilight, and are selected to cover the largest possible variety of spectral types in the Hertzsprung-Russell Diagram. In order to reach a typical S/N ratio of a few hundred in V within the short interval of time available during twilight, the limiting magnitude for field stars was set to be V=7.5.

Telescope time for the POP was granted under DDT Prog. ID 266.D-5655, and the official title of the project is "An Atlas of High-Resolution Spectra of Stars across the Hertzsprung-Russell Diagram".

Observational constraints to stellar astronomy generally come from medium or low resolution spectra obtained in few hundred of nm bands, or high-resolution spectra in few tens of nm spectral regions. There is a lack of high-quality observational data in the field of stellar astronomy that satisfies the criteria of large wavelength range, high S/N and high resolution. Making use of UVES mounted on Kueyen (VLT UT2), the project is aimed at filling this gap, with a minimum, if non-zero impact on the normal observational activities.

The UVES Paranal Observatory Program was started in February 2001 (end of P66).Director Discretionary Time was requested in order to obtain UVES spectra of stars belonging to the open clusterIC 2391 (Omi Vel Cluster). This is a bright, rich, and young open cluster (40 Myr?), chosen so that we could obtain spectroscopic data even for the faintest known members.

A similar exercise was repeated toward the end of P67, in August 2001, and theselected target was NGC 6475 (Messier 7). Compared to P66, less telescope time was available and it was not possible to observe extensively the cooler regions of the main sequence.

In contrast to other VLT instruments, very little useof twilight time is made with UVES. It has been decided to occasionally use this time to perform observations of bright stars. These early and low-priority observations can also be used for checking the instrument health,performing some quick technical test, or even for training purpose. Thus,twilight observations of bright stars have benefits from the operational point of view. At the same time, the POP is gathering a library of high-resolution,high S/N ratio spectra of (field) stars across the H-R diagram, which all stellar astronomers will be strongly interested in.

Standard settings for the program are:

Before December 2001 the filter CuSO4 was used instead of HER-5.

Almost the full wavelength interval from 300 to 1000 nm is observed,with a resolution of about 80,000.However, it should be noted that unfortunately the calcium triplet at 860 nm is in the gap between the two CCDs in the red camera.

We aim to get spectra with the highest reasonably possible S/N ratio.For bright stars (V<8), we want to obtain a S/N = 200 at 350 nm, and S/N = 200 at 1000 nm (which implies a higher S/N in intermediate bands,generally > 400-500). The exposure time is calculated taking into account the star's spectral type and is adjusted if needed during the observation to reach the highest signal without saturating the detectors.

A new reduction tool has been developed, fully based on ESO-MIDAS UVES context commands (pipeline version : uves-1.2.0). This tool is composed of a set of independent modules each consisting in MIDAS routines designed for the specific format of the data produced by the project, such as instrument settings and header keyword contents. In particular, it is capable of automatically coping with the huge amount of data generated by the project, only leaving to the user the task of checking the quality of the final product.

The main characteristics of the method used for the reduction of these data include:

All observations and calibrations taken during an interval of time when the instrument was stable (i.e., no earthquake events, no technical interventions)are identified and further split in periods not longer than one week. All raw data which belong to a given period of time are reduced using a common set of bias and flat field calibration files. Therefore, the number of biases and flat-field images used for the creation of master frames for a given period of time has been increased from a standard of 5 to at least 15. This is needed to avoid the degradation of the high signal-to-noise ratio of the raw data. A master flat is created for each science night using the format check, order definition and wavelength calibration corresponding to the observing night. When important calibrations are missing (e.g. Th-Arg. lamps) in the raw data deliveries we download them directly from the online archive.

A routine to automatically detect of saturated raw science (and flat-field) images has been implemented. Indeed, as we are trying to reach the highest signal-to-noise ratios during the observations, it is not uncommon to end up with the saturation of the first spectrum of a series.

A MIDAS routine corrects bad CCD columns for all calibration and science frames (especially significant in the case of the lower Red CCD). The bad columns are replaced by the average of the two adjacent columns.
A table of wavelength ranges affected by flattening artifacts are given on the UVES QCpage (from spectra taken with the same settings as this project):flag.txt.

The UVES pipeline average extraction method is used because it provides the best results for high S/N data. A subtraction of the sky spectrum is applied to the extracted object spectrum.

We have adopted an improved method of order merging. This is based on the rejection of a different number of pixels in, respectively, the blue and red overlapping ends of adjacent orders then the one used in the UVES pipeline.After careful inspection, we have indeed noticed the need for the rejection of a large number of pixels on the blue side of the orders (that are quite noisy and have a repetitive bad feature), whereas on the red side of the orders a more limited rejection is required. The optimal sizes in Å of the wavelength intervals to be skipped have been determined for the blue and red ends of the object orders for each instrumental setting.

For each observed star we perform an optimized co-addition (with cosmics rejection) of all the individual 1-D spectra per setting, producing one high signal-to-noise ratio spectrum per star per setting.During this process, the wavelengths are re-binned to heliocentric values.

An atmospheric extinction correction is applied, and a relative flux calibration is done for each setting using QC master response curve.More on the response curves may be retrieved from The ESO UVES QC page.

The master response curves used for the UVES POP settings are fitted + re-binned to the step of UVES spectra + normalized to unity:

A global merging (optimised for the overlapping regions) of the six final spectra is then performed in order to produce one final 1-D spectrum per star covering the whole optical range (300 to 1000 nm).

The available POP stars are filed in four tables. The tables only offer reduced products. The raw data can be down loaded from the UVES ESO archive using program ID 266.D-5655(A).

This table contains 48 stars.Cluster members were selected with the help of WEBDA, a web database for open clusters developed and maintained by Jean-Claude Mermillod, at the Institute of Astronomy of the University of Lausanne, Switzerland. In addition, the selection of pre-main sequence objects (called SHJM in the table) usedStauffer, Hartmann, Jones, McNamara, 1989, ApJ, 342, 285(paper in pdf)

This table contains 31 stars. Cluster members were selected with the help of WEBDA, a web database for open clusters developed and maintained by Jean-Claude Mermillod, at the Institute of Astronomy of the University of Lausanne, Switzerland. In addition, the stars called NGC6475_JJ were selected fromJames & Jeffries, 1997, MNRAS, 292, 252. (paper in pdf), they are linked to the paper where some physical properties can be found. Other papers may also be consulted.Gieseking, F., 1985, A&AS, 61, 75 andProsse, C.F., Stauffer, J.R., Caillaut,J.P., et al., 1995, AJ, 110, 1229. 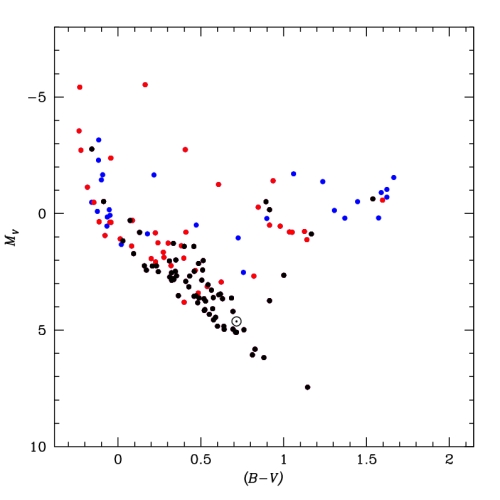 Table 4: The Brightest stars of the southern sky

This table contains 17 stars with a V magnitude < 2, they are among the 25brightest stars of the sky.

IMPORTANT: Only the stars for which a quality control (QC) has been done and having a final merged spectrum are available in the Spectrum Preview Interface.