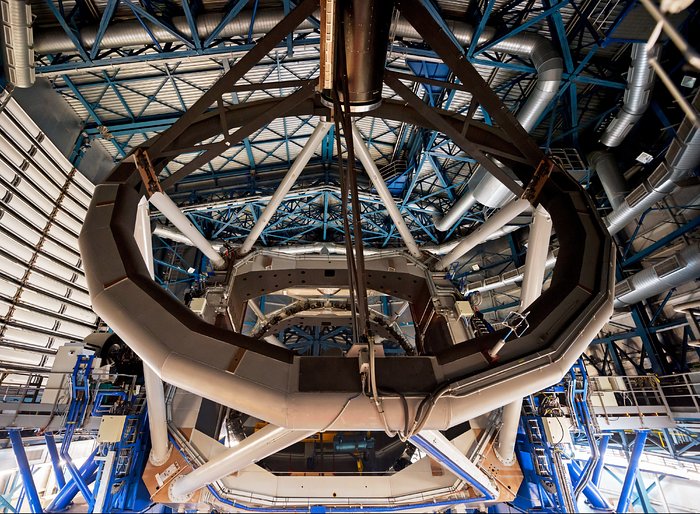 The interior of one of the Very Large Telescope enclosures, as seen in Hidden Universe, released to IMAX® theatres and giant-screen cinemas around the globe and produced by the Australian production company December Media in association with Film Victoria, Swinburne University of Technology, MacGillivray Freeman Films and ESO.