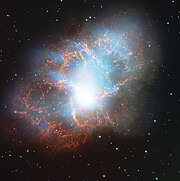 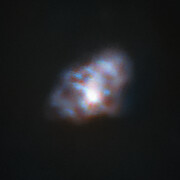 TZ Obrázek ann21010d
The Crab Nebula as seen by CONCERTO

TZ Obrázek ann21010e
CONCERTO being lifted for installation on APEX 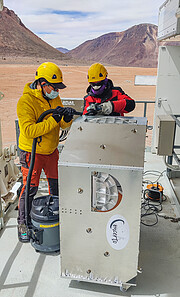