The Cat’s Paw Nebula as seen by CONCERTO 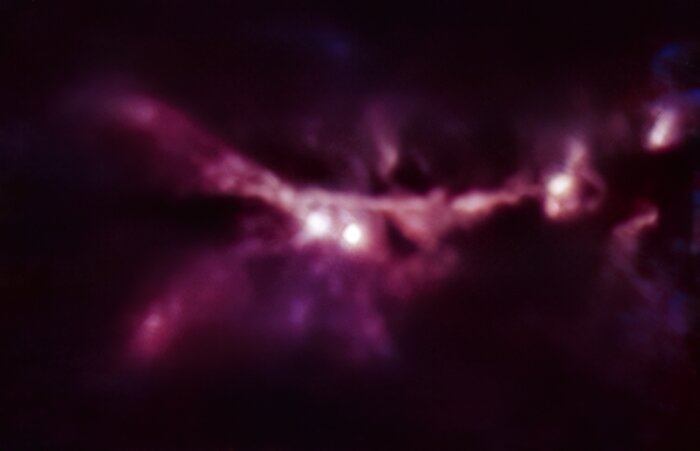 This image of the star-forming region NGC 6334, also known as the Cat’s Paw Nebula, is one of the first-light images taken by the CONCERTO instrument on the APEX telescope, operated by ESO. The total integration time is 16 minutes.