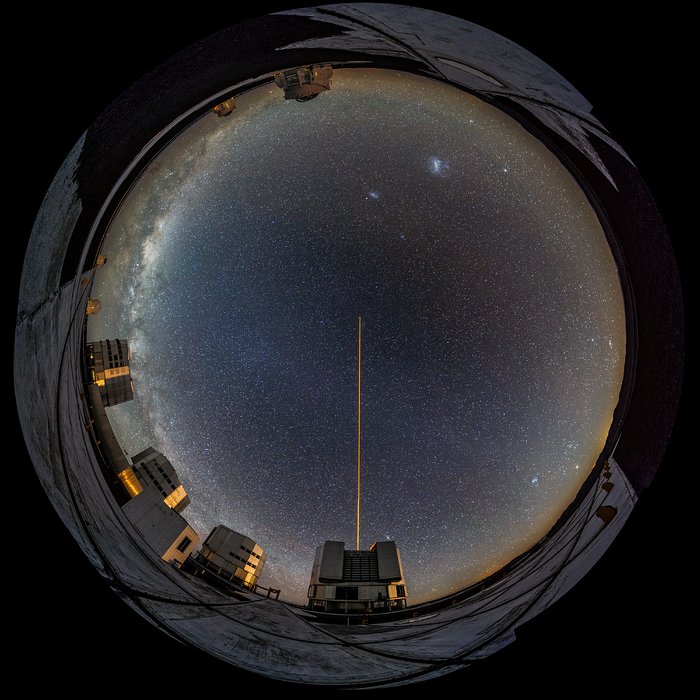 ESO's observatories are privileged spots where astrophotographers can catch amazing views of the cosmos. But that's not all — sometimes, they are ideal locations from which to capture otherworldly images of our own planet, too. In this shot, ESO photo ambassador Gabriel Brammer has used a fish-eye lens to create this spectacular round effect. The clear sky over Paranal looks like a glass ball full of stars, with the Very Large Telescope (VLT) platform framing the picture.

In the bottom left the four VLT Unit Telescopes, each some 25 metres tall, are observing the night sky, one of them pointing its laser up into the night. Scattered around the top left of the frame, the round domes of the VLT Auxiliary Telescopes are easily spotted under the bright Milky Way. The two blurry smudges just above the laser are the Large and Small Magellanic Clouds, two of the closest galaxies to our own.

This image is created from a number of different wide-angle pictures, stitched together to show the complete view.