ALMA image of the planet-forming disc around the young, Sun-like star TW Hydrae 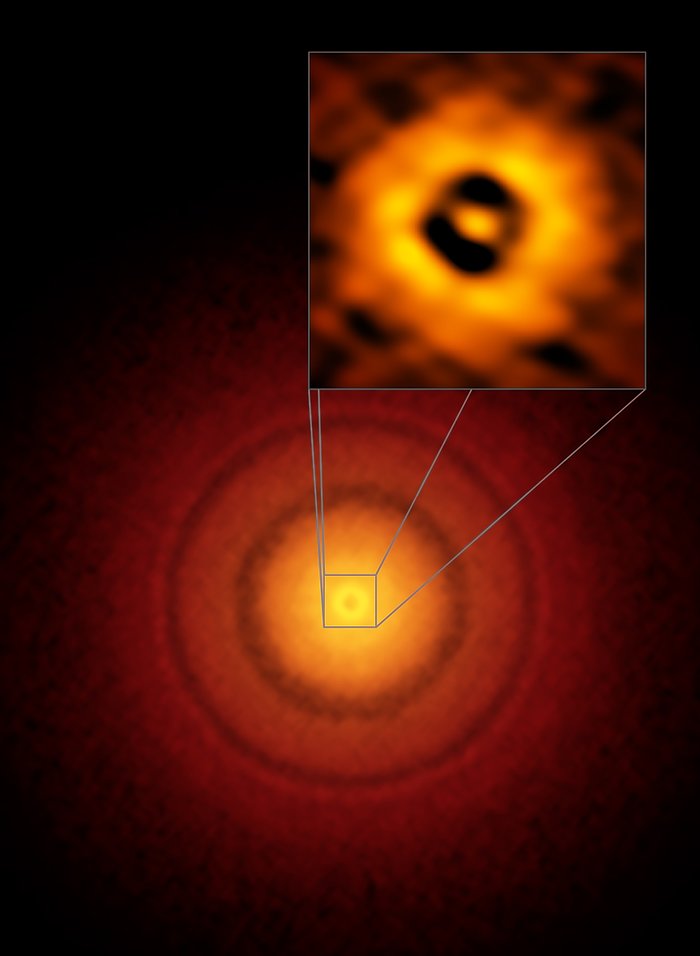 ALMA image of the planet-forming disc around the young, Sun-like star TW Hydrae. The inset image (upper right) zooms in on the gap nearest to the star, which is at the same distance as the Earth is from the Sun, suggesting an infant version of our home planet could be emerging from the dust and gas. The additional concentric light and dark features represent other planet-forming regions farther out in the disc.