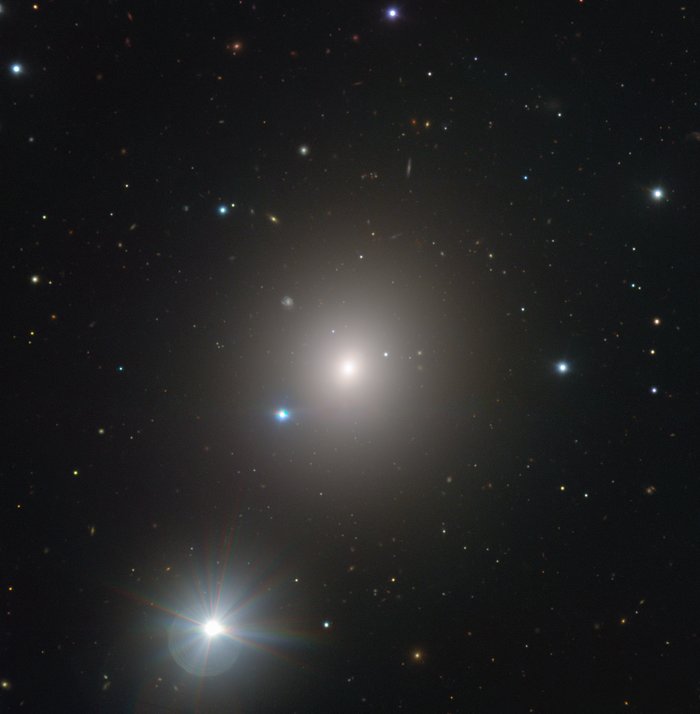 This strikingly simple and serene view of NGC 1404 — a giant elliptical galaxy located 62 million light-years away in the constellation of Fornax (The Furnace) — hides the galaxy’s cruel reality.

NGC 1404 is one of the galaxies comprising the massive Fornax Cluster — and it is slowly falling inwards towards the cluster’s core. As it moves towards the cluster’s large centremost galaxy, NGC 1399, the galaxy’s reserves of hot gas are being forcibly ripped and stripped away, leaving an elongated tell-tale trail of gas in its wake. While not visible in this image, this gas stream can be seen clearly in X-ray images of the galaxy; in time, NGC 1404 will lose most of its hot gas, and therefore its ability to form new stars.

ESO’s Very Large Telescope (VLT) captured this image of NGC 1404 with its FORS instrument. The bright foreground star to the lower left of the frame is named HD 22862.