School students from across Europe and beyond have won prizes in an astronomy competition, including the trip of a lifetime to one of the world's most powerful astronomical observatories, on a mountaintop in Chile. ESO, the European Organisation for Astronomical Research in the Southern Hemisphere, together with the European Association for Astronomy Education (EAAE), has just announced the winners of the 2007 "Catch a Star!" competition.

"Catch a Star!" is an international astronomy competition for school students, in which students are invited to 'become astronomers' and explore the Universe. The competition includes two categories for written projects on astronomical themes, to ensure that every student, whatever their level, has the chance to enter and win exciting prizes. For the artistically minded, "Catch a Star!" also includes an astronomy-themed artwork competition. Students from 22 countries submitted hundreds of written projects and pieces of artwork.

"The standard of entries was most impressive, and made the jury's task of choosing winners both enjoyable and difficult! We hope that everyone, whether or not they won a prize, had fun taking part, and learnt some exciting things about our Universe", said Douglas Pierce-Price, Education Officer at ESO.

The top prize, of a week-long trip to Chile to visit the ESO Very Large Telescope (VLT) on Paranal, was won by students Jan Mestan and Jan Kotek from Gymnazium Pisek in the Czech Republic, together with their teacher Marek Tyle. Their report on "Research and Observation of the Solar Eclipse" told how they had studied solar eclipses, and involved their fellow students in observations of an eclipse from their school in 2006. The team will travel to Chile and visit the ESO VLT - one of the world's most powerful optical/infrared telescopes - where they will meet astronomers and be present during a night of observations on the 2600m high Paranal mountaintop.

"It's fantastic that we will see the VLT in action. I'm also looking forward to my first view of the southern sky!" said Jan Mestan. His fellow student is also excited about the trip. "I am very happy that we'll visit the Paranal observatory, because this is one of the best astronomical observatories in the world, in the amazing scenery of the Atacama Desert", said Jan Kotek.

"This was a very well written project, and we particularly liked the way in which the students involved the rest of their school.", said Douglas Pierce-Price. The team's hard work was also helped by some good fortune, as it seemed at first that bad weather might block their view of the eclipse.

"It was cloudy, overcast, and a strong west wind was blowing in Pisek. The meteorological situation was nearly hopeless, and we thought we might have to cancel the observation. But later, the sky luckily cleared up and we could see the eclipse!", said the students.

"I am very glad that my students' work won the top prize in this great competition. I believe that the visit to the VLT will be an important experience in their education." said teacher Marek Tyle.

Forty other teams won prizes, which included astronomy software and sets of posters showcasing stunning astronomical images taken with ESO telescopes. In the artwork competition, sixty winning pictures were chosen with the help of a public vote. The beautiful pictures created by students of all ages can be seen in the gallery on the "Catch a Star" website. The full list of winners can also be found on the website.

The full list of winners can be found at https://www.eso.org/public/outreach/eduoff/cas/cas2007/winners.html

The gallery can be found at  https://www.eso.org/public/outreach/eduoff/cas/cas2007/gallery.html

Further information about the competition can be found at Catch a Star 2007 page. 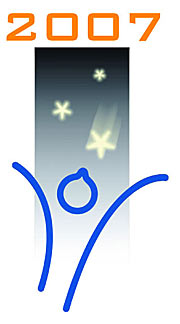 PR Image eso0721a
School students "Catch a Star"!
Send us your comments!
Subscribe to receive news from ESO in your language
Accelerated by CDN77
Terms & Conditions