Closing in on a giant space blob 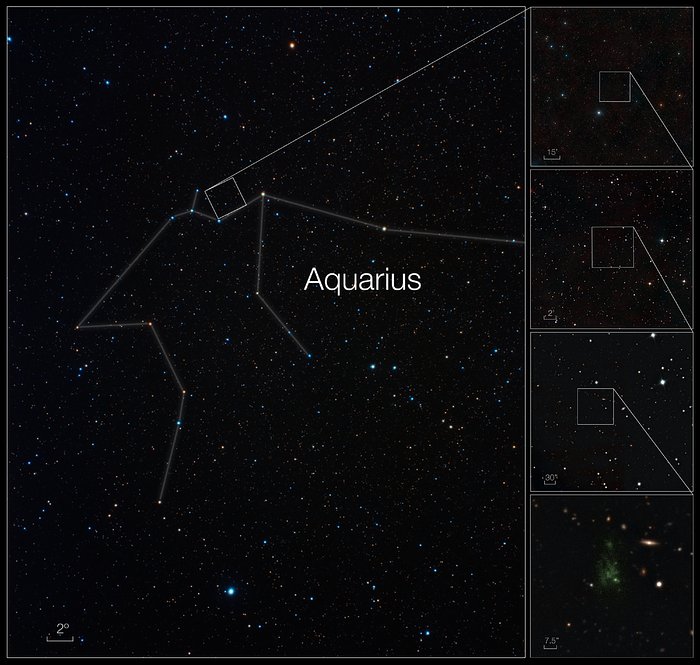 This sequence of images closes in on one of the largest known single objects in the Universe, the Lyman-alpha blob LAB-1. Observations with the ESO VLT show for the first time that this giant "blob" must be powered by galaxies embedded within the cloud. The image on the left shows a wide view of the constellation of Aquarius. The two images at the upper right were created from photographs taken through blue and red filters and forming part of the Digitized Sky Survey 2. The two images at the lower right were taken using the FORS camera on the VLT.