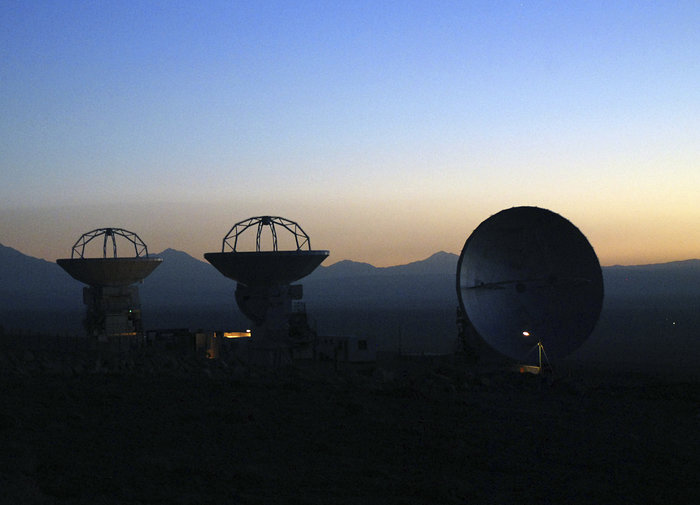 The first three Japanese ALMA antennas of the Atacama Compact Array (ACA) at the ALMA Operation Support Facility, located close to the town of San Pedro de Atacama in the Chilean Atacama Desert, at an altitude of 2900m.

At the time of the picture, in November 2007, the antennas were undergoing final tests before being handed over to the ALMA Observatory. The 12-m antennas were built by MELCO for the National Astronomical Observatory of Japan, one of the partners in the ALMA partnership.