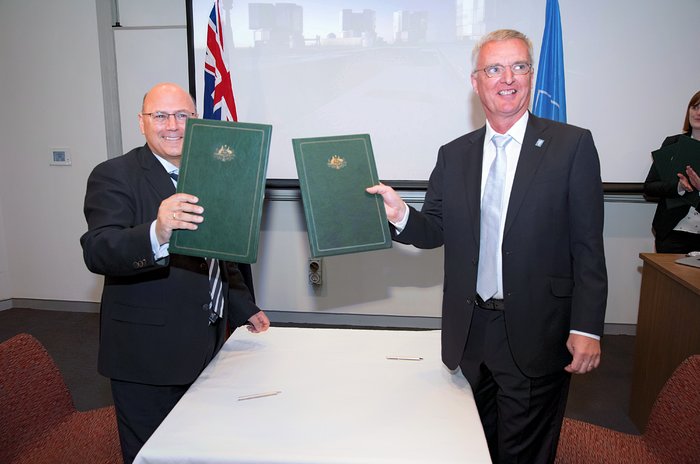 At a ceremony in Canberra, Australia, on 11 July 2017, an arrangement was signed to begin a ten-year strategic partnership between ESO and Australia. The partnership will further strengthen ESO’s programme, both scientifically and technically, and will give Australian astronomers and industry access to the La Silla Paranal Observatory. It may also be the first step towards Australia becoming an ESO Member State.

This picture shows the Australian Minister for Industry, Innovation and Science, Arthur Sinodinos (left) and ESO’s Director General, Tim de Zeeuw, at the time of the signature of the arrangement.