Behind the scenes at ESO: Showing you the road to the stars
What you’ll discover in this blog post:
In the ice of Antarctica, a detector went off. It found a neutrino — a tiny, nearly massless particle. Observatories were notified and scientists began monitoring the area. They soon realised there was unusual activity in the same area, in an object outside our own Milky Way, way beyond the only two previously confirmed neutrino sources. Paolo Padovani, an ESO Astronomer, and a team of astronomers and physicists helped pinpoint the source of this cosmic neutrino and now shares more about the discovery and his involvement.

Q: Can you tell us about this discovery and your team’s involvement?

A: On 22 September 2017, at 23:54 CEST, a neutrino hit the IceCube Neutrino Observatory. IceCube computers sent out an alert, which included the event time and date and its rough position in the sky. Observatories picked up this news and started monitoring the area. About six days later, the Fermi Gamma-ray Space Telescope reported gamma-rays in the area coming from a known blazar, TXS 0506+056. Fermi observed the source increasing in brightness by a factor of six in the previous two weeks. Then, soon, other facilities in the radio, infrared, optical, X-rays, and gamma-rays started reporting unusual levels of activity from the same source.

Our team studied the region around the position of the neutrino to verify that the blazar TXS 0506+056 was indeed the only possible astronomical source. We did this because nearby sources were emitting in the gamma-ray band, and could have also been neutrino emitters. Based on the distance between the neutrino position and blazar, the behaviour of its gamma-ray emission over time, and especially the fact that its gamma-ray and neutrino brightnesses were comparable, my collaborators and I concluded TXS0506+056 to be the counterpart of all the neutrinos observed in the region.

The IceCube Neutrino Observatory, located in Antarctica, during sunset in 2017.
Credit: Martin Wolf, IceCube/NSF
This is the first time in history someone has found a distant source of high energy neutrinos

Q: What’s notable about the discovery?

A: This is the first time in history someone has found a distant source of high energy neutrinos. Unlike the electromagnetic sky, the one populated by billions of sources that we see at night with our eyes and conventional telescopes, we had observed only two sources in the neutrino sky: the Sun and the supernova SN 1987A, which exploded in the Large Magellanic Cloud in 1987. Now, a blazar, about 5.8 billion light-years away (a redshift of 0.3365), has joined this very exclusive group.

The discovery also resolves a more than a century-old puzzle of the origin of cosmic rays. Cosmic rays are not “rays” but are the highest energy particles ever observed, nearly a million times the energy of particles in the Large Hadron Collider. Because cosmic rays are charged, their trajectories are bent by intergalactic magnetic fields and magnetic fields in the Milky Way. Therefore, it is very hard to trace them back to their sources. But any source so powerful to be able to produce them will also produce neutrinos, which, being neutral, are not affected by the magnetic fields, and can lead us back to the cosmic ray source. Therefore, at least one blazar is also shown to be a cosmic ray source. 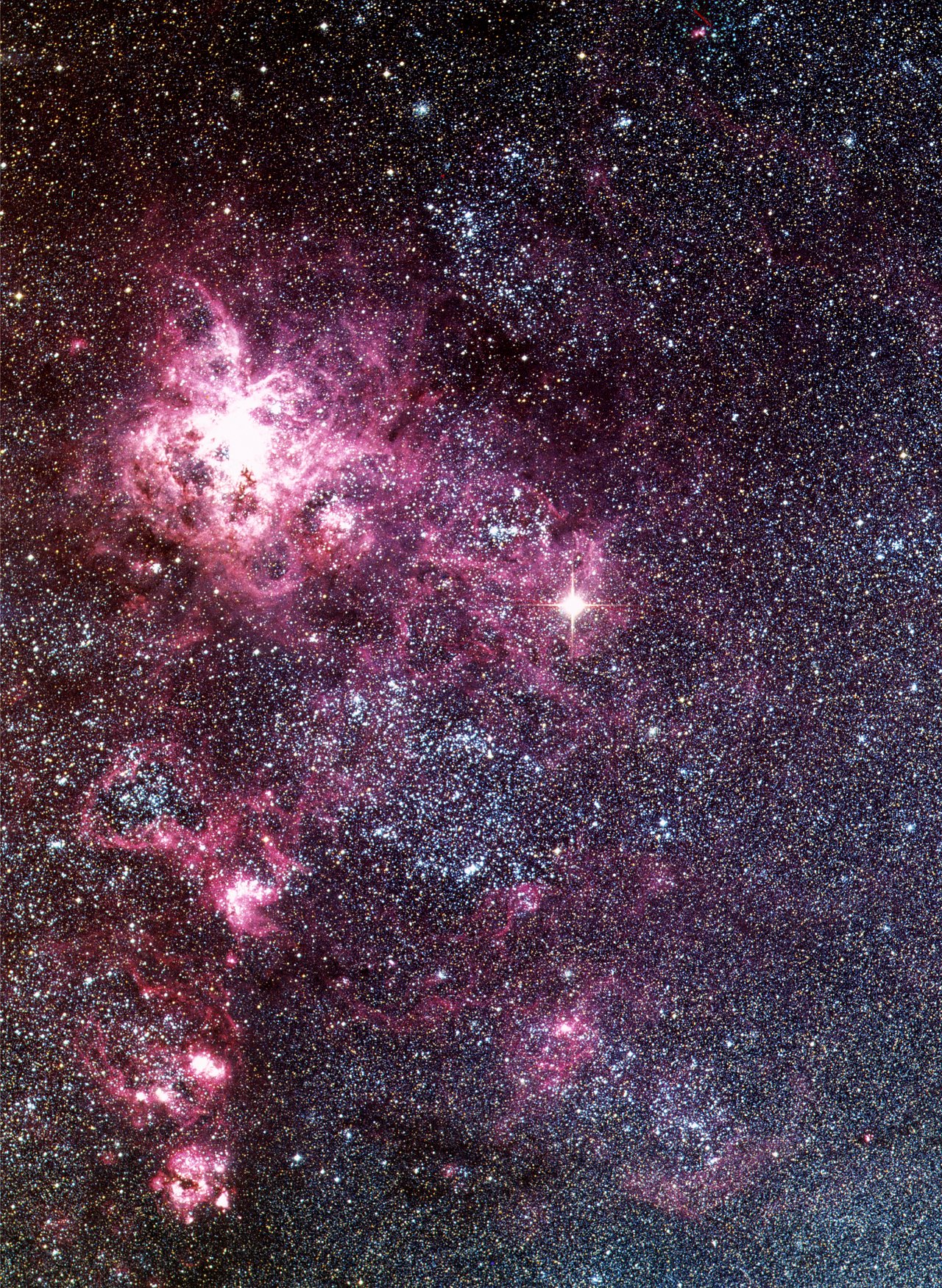 Image of SN1987A (middle right) in the Tarantula Nebula in the Large Magellanic Cloud obtained by the ESO Schmidt Telescope. SN
Credit: ESO

Q: What is a blazar? Why were blazars considered sources for neutrinos before your team’s research?

A: A blazar is a special type of active galactic nucleus. It’s a very energetic astrophysical source powered by accretion onto a supermassive black hole lying at the centre of a galaxy. A small fraction of active galactic nuclei launch streams of particles at nearly the speed of light, what we call jets. When, by chance, the jet points towards us, we call the source a blazar. Blazars are therefore extremely rare sources, making up a very small fraction (less than 1/100,000) of all galaxies.

Q: Can you tell us a bit more about neutrinos and why they are important? A: Neutrinos are particles without charge, with a mass less than one millionth the mass of the electron, one of the smallest particles. Their name was invented by an Italian physicist, Edoardo Amaldi, and means "small neutral thing" to distinguish it from the neutron, which is also neutral but bigger. Unlike the matter we know, neutrinos go through more-or-less everything, as they only interact very weakly with matter or radiation. Every second about 100 trillion solar neutrinos go through each of our bodies.

This property has a good and a bad side. On one hand, neutrinos come to us directly from the source without being absorbed or deviated. On the other hand, they are extremely hard to detect.

So, with neutrinos, we are exploring an energy range in blazars which will forever be inaccessible to light. Since the very high energy photons produced in the jet are destroyed when they interact with the cosmic infrared and microwave photons, the only way to study the processes responsible for highly energetic phenomena in blazars is through neutrinos. And that makes the particle uniquely important.

With neutrinos, we are exploring an energy range in blazars which will forever be inaccessible to light
Q: Why has it been so difficult to find the sources of high energy neutrinos?A: For two main reasons: first, the energies of the IceCube neutrinos are more than a million times greater than those of the two stellar sources, which means they require a different type of detector. These detectors became operational only a few years ago. Second, the pinpointed positions in the sky of the IceCube neutrinos are quite uncertain, between 1,000 and more than 10,000 times worse than what astronomers are used to. This means that it is not at all trivial to match an IceCube neutrino to an astronomical object.

A string of IceCube sensors is lowered into the ice during installation.
Credit: Mark Krasberg, IceCube/NSF

Q: How did your team detect the source of the neutrino?

However, on closer inspection, all available clues cleared the second suspect and pointed to the main one! The smoking gun was the fact that the brightness of very high-energy gamma-rays related to TXS 0506+056 was similar to that of neutrinos: a clear sign that the production mechanism for the gamma-rays and neutrinos was the same.

A: Blazars emit over the whole electromagnetic spectrum so their study always requires data collected by many facilities. In this case, one key point was the fact that in most bands, the source appeared much brighter than it had been in years more or less in coincidence with the arrival of the neutrino.

The biggest challenge is normally to find the data and be able to use them seamlessly! To that aim, we took advantage of Open Universe, a new initiative under the United Nations Committee On the Peaceful Uses of Outer Space (COPUOS). Open Universe aims to increase accessibility and usability of space science data in all sectors of society from the professional scientific community, to universities, schools, museums, and citizens. We used the software, which has been specifically designed by a team led by Paolo Giommi, one of my collaborators, to identify blazars based on multi-frequency information and builds upon previous work done by the Virtual Observatory. 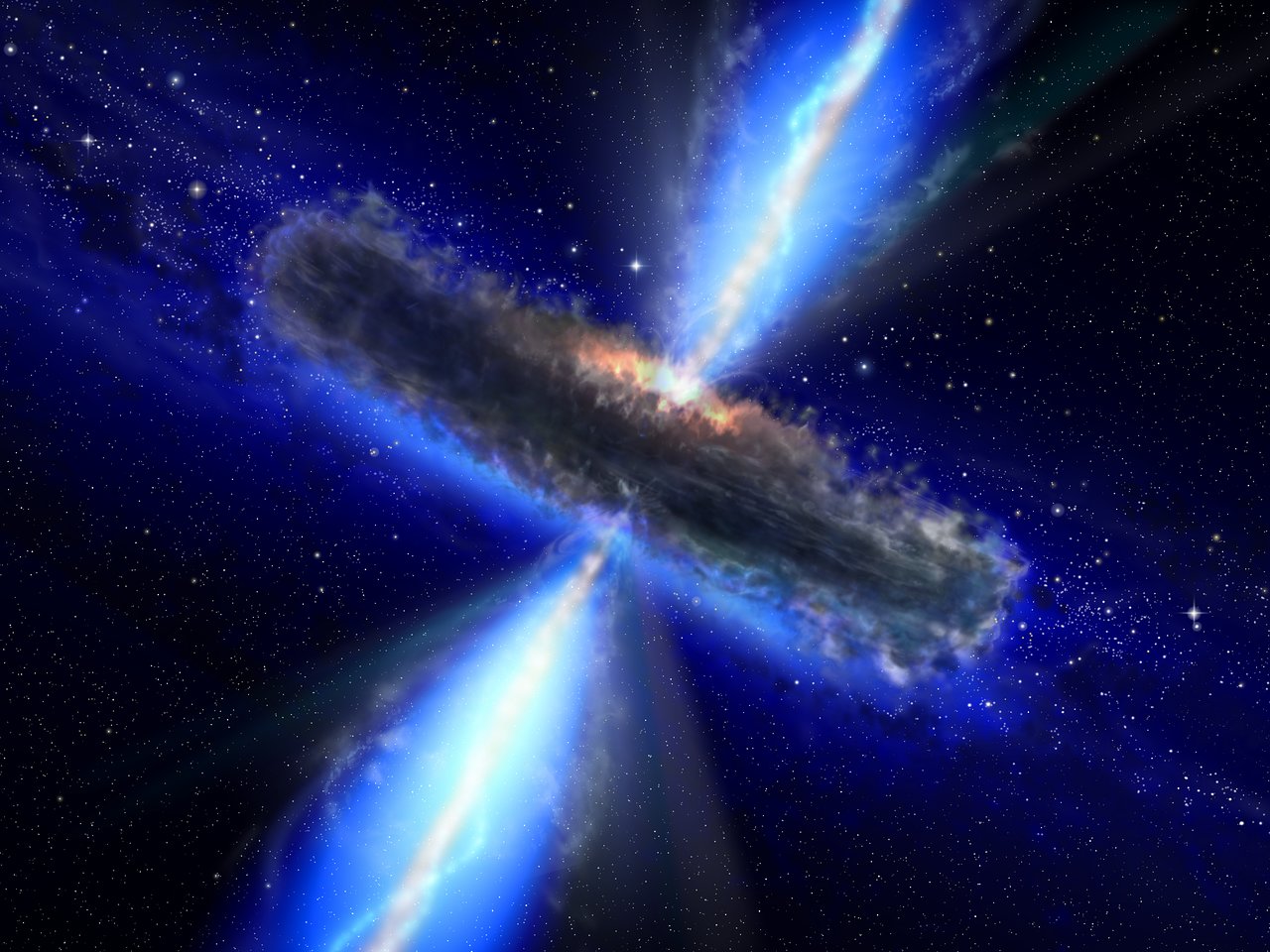 Artist’s impression of a dust-bound torus around a supermassive black hole with powerful jets. If the jets pointed toward Earth, this would be called a blazar.
Credit: ESA/NASA, the AVO project and Paolo Padovani
Working with scientists from other fields opens your mind

Q: Can you say a bit more about the interdisciplinary nature of your research? How does working with researchers in other disciplines benefit astronomy?

A: This is a really cool story! In November 2013, Elisa Resconi, a physicist who works at the Technische Universität München in Garching, Germany, gave a colloquium at ESO on the first IceCube results. After the talk, I spoke to her, saying that I had been working on blazars during most of my research career and asked her if they had considered blazars as possible neutrino sources. This was the beginning of a great collaboration, which in less than five years has produced eight papers. In our work, we made a very good case for blazars as sources of IceCube neutrinos using different arguments. Now, this detection has not only confirmed the hints we had found but it is marking the beginning of a new era of neutrino research!Working with scientists from other fields opens your mind! They have a fresh view on your topic and you have an unprejudiced perspective on theirs. Moreover, some problems, like the one Elisa and I have been working on, require cooperation between astronomers and physicists as they are simply too hard to be solved by either discipline in isolation. Physicists and astronomers have different, complementary approaches to understanding the Universe and by working together we can achieve much more than acting separately. 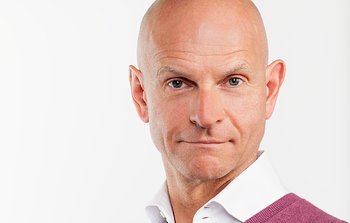 Paolo Padovani is an astronomer at ESO studying Active Galactic Nuclei using data covering the entire electromagnetic spectrum. He also works on very deep radio surveys and neutrino astronomy. Paolo previously led ESO’s participation in the Virtual Observatory and, since 2011, has contributed to the development of the Extremely Large Telescope (ELT) in the telescope’s science office.