Behind the scenes at ESO: Showing you the road to the stars
What you’ll discover in this blog post:
How can knowledge about building ESO’s world-class telescopes help accelerate tiny particles at CERN? Surprisingly, it can be vital! Organisations that are part of the EIROforum often share resources and knowledge, and two ESO engineers were recently involved in designing CERN’s newest particle acceleration experiment, contributing expertise that was essential in the successful start of the experiment earlier this year. In this week’s blog post those two scientists, Marco Quattri and Paolo La Penna, describe their role in the project.

The Advanced Wakefield (AWAKE) experiment investigates how charged particles can be accelerated using strong electric fields called plasma wakefields. A wakefield is an electromagnetic field that oscillates in a plasma. Charged particles “surf” the positive and negative zones of the wave, becoming accelerated to very high velocities meaning they have a lot of energy. Plasma wakefields can achieve energies hundreds of times greater than fields in traditional accelerators, making them a promising technique to use in future particle physics research.

Particles being accelerated in a plasma wakefield.
Credit: CERN-AWAKE group

While previous wakefield accelerators used either intense laser pulses or electrons to create an electric field, AWAKE is the first experiment to instead use high-intensity protons beams sent through plasma cells to generate these fields. Using protons to create a wakefield means that particles — in this case, electrons — can be accelerated to high velocities in just one step, whereas typically several stages are required to reach such high energies. The acceleration obtained over a given distance in a plasma wakefield is also much higher than in existing technologies; slow-moving electrons enter AWAKE and are accelerated by a factor larger than a hundred over a distance of just ten metres. CERN’s Large Hadron Collider, in comparison, was designed to be almost 27 kilometres long to enable sufficient acceleration.

Once electrons have been accelerated in the wakefield, a magnet deflects them, directing them to a screen that emits light when hit by high-energy electrons. Mirrors reflect the light emitted by the screen towards a camera, in what we call an optical line. This is where we came in, because CERN has no specific expertise in mounting and qualifying large mirrors. The camera is located in an adjacent tunnel to protect it from the large amount of radiation coming from the screen, so the entire line is about 16 metres long and includes three folding mirrors to direct the light. We used a simulation to help calculate the best size and dimensions of these mirrors, based on the properties of the camera lens and the screen dimensions. The simulation also helped specify the surface quality of the mirrors. Optimising the dimensions and surface helps balance quality against cost! 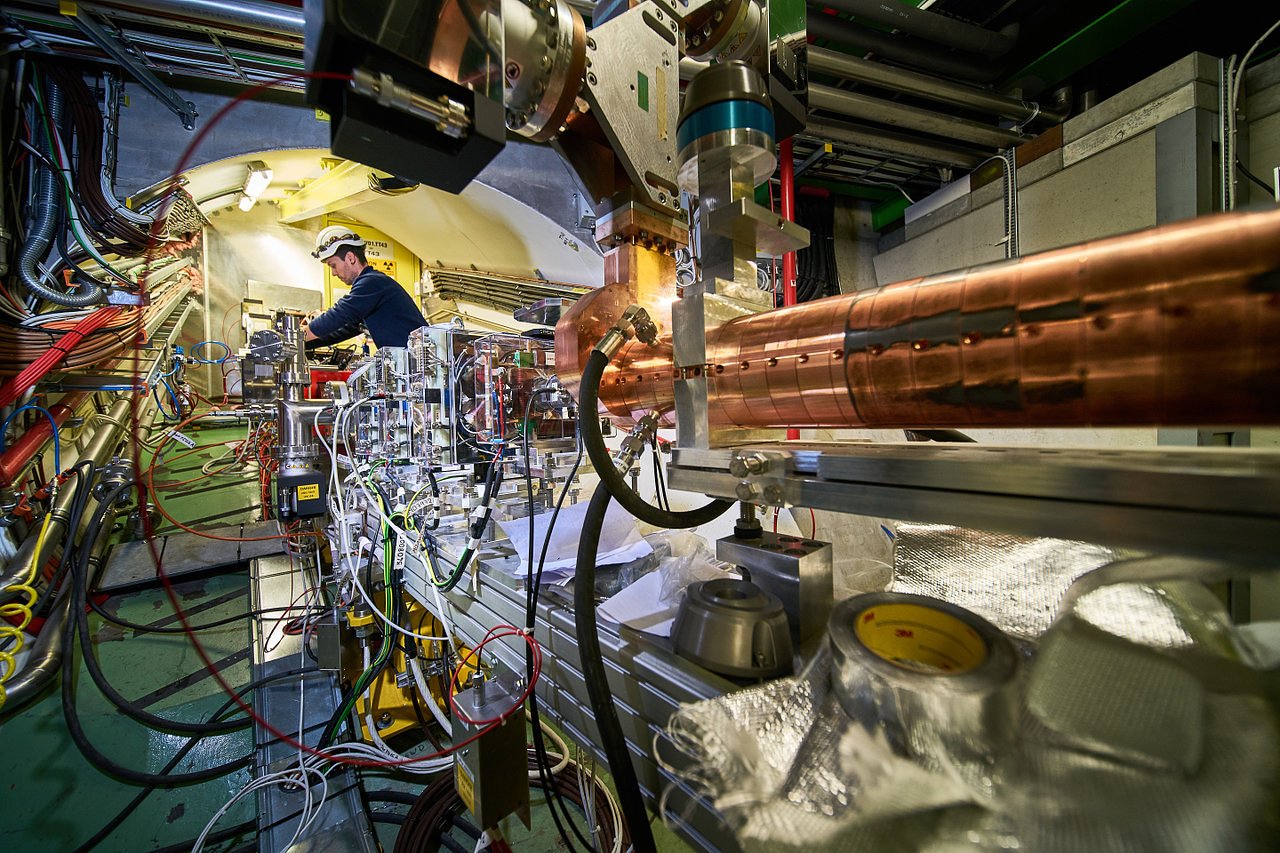 Where particles are accelerated in the AWAKE experiment.
Credit: CERN-AWAKE group

The screen in the AWAKE experiment.
Credit: CERN-AWAKE group
We were able to use the expertise and experience we’ve gained here at ESO and apply it to this new experiment

ESO has a long and unique history of designing, mounting and testing large mirrors. Those on our telescopes, for example, must be optimised and supported to direct light in the most effective way possible. The instruments installed on the telescopes also host some complicated optics. So we were able to use the expertise and experience we’ve gained here at ESO and apply it to this new experiment.

Overall, we provided CERN with support in computing the optical and mechanical performances of the mirrors, designing the mounts, defining the mirror specifications, alignment and calibration procedures and procuring the whole line. Although the installation of AWAKE began in 2011, ESO only started collaborating on the project in mid-2016. In May 2018 the team successfully demonstrated the acceleration of electrons and their detection on the screen. This marked the first-ever demonstration of accelerating electrons using a wakefield in a plasma.

It was really great to support CERN, an ESO partner institution, in this way. It was particularly interesting to see how our expertise in designing telescopes to observe objects in the distant Universe can also be helpful for much smaller-scale, Earth-based projects. We would like to thank our line managers for supporting us in carrying out this project and would encourage other ESO employees to take opportunities to work with other partner institutions. 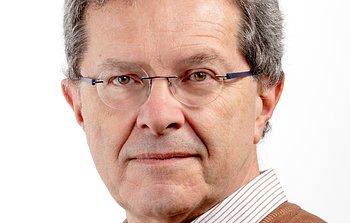 Paolo La Penna is a physicist specialising in optics. After obtaining a PhD in Physics from the University of Pisa, he worked at the National Institute of Optics in Florence. He then worked at Virgo, the interferometric antenna for the detection of gravitational waves, from 1995–2007. Paolo has worked on adaptive optics at ESO since late 2007.

Marco Quattri graduated with a degree in Nuclear Engineering in 1980 from the Politecnico of Milan. He then worked in nuclear core thermo-mechanical design for five years before joining ESO as part of the team that started the conceptual design of the Very Large Telescope. At the same time, he worked on the New Technology Telescope, bringing it to completion. Marco specialises in telescope and instrumentation design.