Behind the scenes at ESO: Showing you the road to the stars
What you’ll discover in this blog post:
The Extremely Large Telescope (ELT) promises to open a whole new chapter in astronomy when it sees first light in 2024, and scientists, engineers, designers and other experts are enthusiastically working to build it. With a dome nearly 74 metres high and 86 metres in diameter, the ELT may be a giant, but it’s also exposed to significant wind. The telescope is being built on top of a 3-km-high mountain — Cerro Armazones in the Atacama Desert — so it is crucial to test how high-altitude winds will affect the telescope and dome. Wind tests on a scaled model are currently being performed in the wind tunnel of the Department of Mechanical Engineering of the Polytechnic University of Milan in Italy, on behalf of the ACe Consortium, which is composed of Astaldi, Cimolai and their nominated subcontractor EIE GROUP, who are building the ELT Dome and Main Structure. Within the ACe Consortium, EIE Group is in charge of the wind tunnel testing for the ELT project. To catch up on the current status of this testing, we talked to engineer and designer Stefano Mian from EIE GROUP, and to Professor Daniele Rocchi and engineer Luca Ronchi of POLIMI, who followed all the wind testing phases. 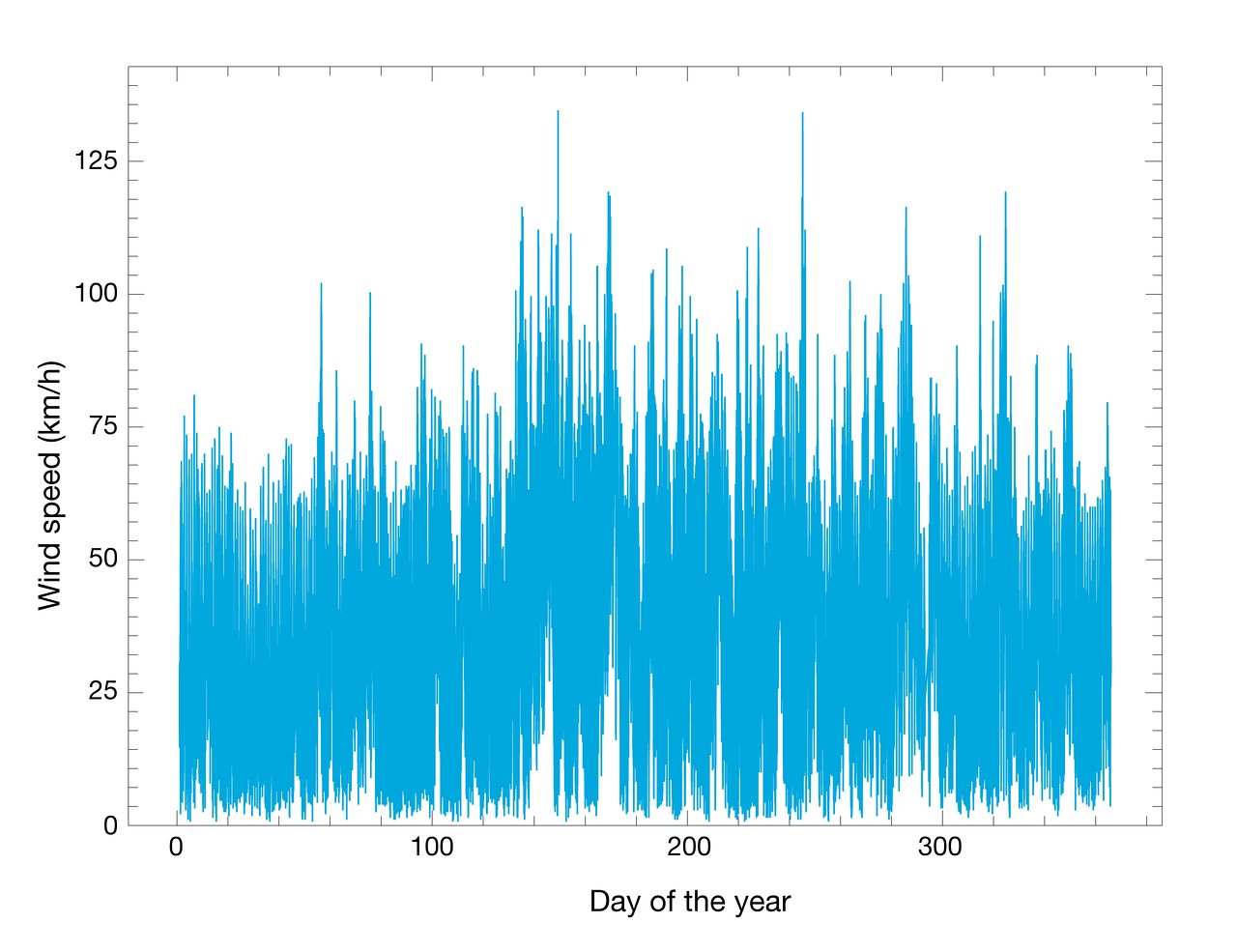 Q: So let’s start with the key question — how windy is it on top of Cerro Armazones?


Stefano Mian (SM): On top of Cerro Armazones, where the ELT will be built, we’ll sometimes have quite windy conditions. To define the design wind speed, a meteorologic analysis was performed of the site where the structure will be built. This study was performed by ESO, who installed anemometers some years ago and recorded the wind speed for a long period of time.

The aim is to build a statistical database to estimate the highest level of wind that may occur during the lifetime of the structure since we have to be sure the dome will survive all the wind conditions it might face — right up to the end of its operating life. Even a possible extreme event should be taken into account. This is an event that might occur only once in the whole life of the structure, and usually, it is something we don't record during the monitoring period but it’s something that can be estimated through statistical analysis.

This ESOcast Light explores how and why engineers are undertaking wind tunnel tests for ESO’s Extremely Large Telescope.
Credit: ESO
The wind tunnel test is developed to reproduce the conditions that the ELT will face when it’s operational

Q: How does the wind test work?

Luca Ronchi (LR): The wind tunnel test is developed to reproduce the conditions that the ELT will face when it’s operational, so basically it’s about reproducing the dome and telescope on a smaller scale (made of glass-fibre reinforced plastic), equipping it with sensors, calibrating these sensors, placing the object in the wind tunnel, and — according to the established and agreed-upon test programme — reproducing the conditions that the ELT will actually face on top of Cerro Armazones. Then, we have to vary the angle of the incoming wind and to test different configurations of the dome itself.

Q: How is it possible to test big structures with small-scale models?

LR: Obviously the problem when testing buildings in a wind tunnel is that they’re simply enormous, so you can’t test them in a 1:1 ratio. That’s why we use reduced-scale models. The data that we acquire then need to be adjusted so they’re applicable to reality. There are coefficients and similarity criteria to be followed, as well as experience that allows us to make the data realistic and reliable to use, even though they were obtained with a scale model in slightly different conditions. 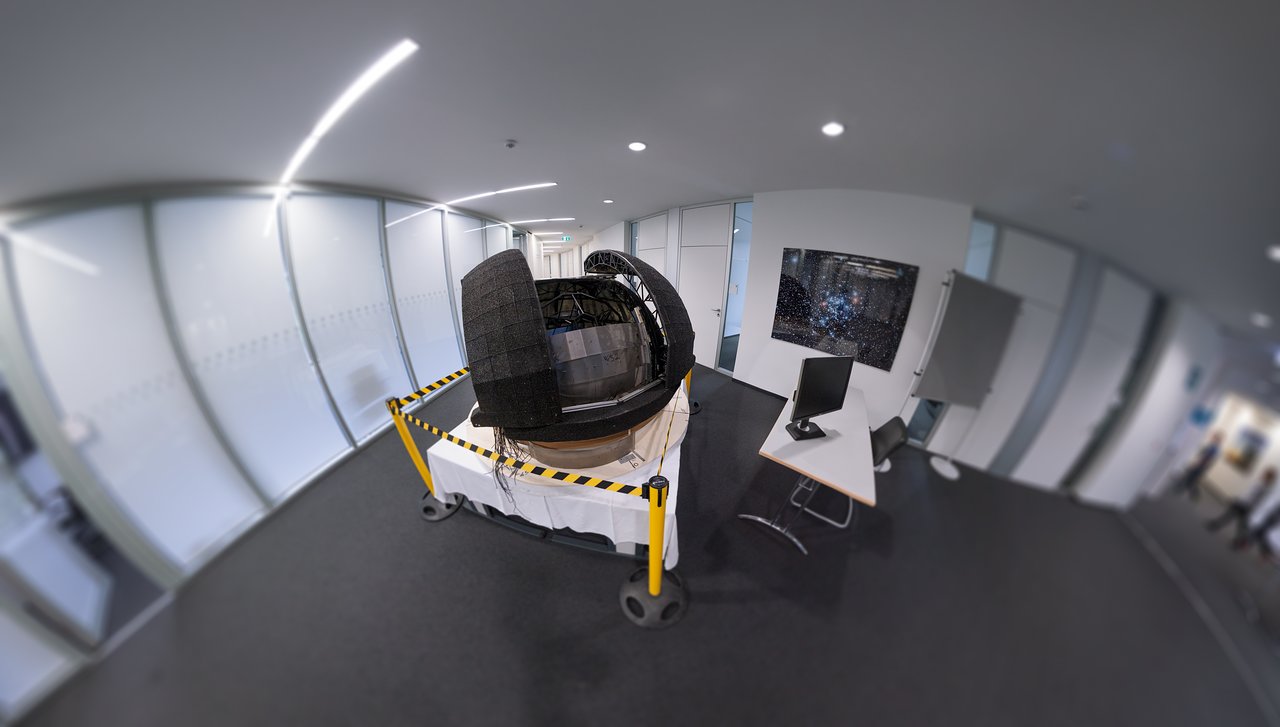 Q: Is this work similar to building bridges and other big engineering projects?

Daniele Rocchi (DR): Yes it is — our tests on the ELT are similar to the wind engineering tests that are usually performed for buildings, for example. But the ELT’s structure has some peculiar features. For example, it has two very big sliding doors with a large surface area and a lot of what we call “wind loading” — the amount of pressure against the surface. We also have to protect the telescope from the wind with a porous windscreen when observing through the open doors.

Q: Before testing the current model, how many different configurations did you try?

DR: We started with the project several years ago with different designs of the dome and telescope. Now we’re almost at the final stage of the design. For this one we tested several configurations, considering different directions of the incoming wind and also different windscreen porosities because the porosity is one of the key features of the windscreen to protect the telescope. Preparing the ELT model to be tested in the wind tunnel.
Credit: ESO
Creativity is the key aspect to finding new solutions that comply with all the requirements

Q: Is there room for creativity in this kind of project?

SM: One of the main challenges of such a project is to fulfil the thousands of technical requirements. Consequently, one of the most important tasks for the designer is to make sure all requirements are included in the model. Even so, one may think that consequently there is no room left for creativity, but on the contrary, I do think that creativity is the key aspect to finding new solutions that comply with all the requirements.

Q: What excites you the most about building the ELT Dome and Main Structure?

DR: As a wind engineer, building the ELT is extremely exciting because this structure is unique in its field. It’s very, very big, and has very large wind loading that has to be taken into account, especially when you have to move its doors under windy conditions.

Interview with Stefano Mian, Daniele Rocchi and Luca Ronchi about their roles in the wind tunnel testing for the ELT project. Please turn on closed captions for English translations of answers.
Credit: ESO

Q: What are the main challenges of wind testing?

DR: The main challenge of wind tunnel testing is to reproduce a flow around the model of the dome that is similar to the real one. This helps us predict the wind loads on the structure through pressure and force measurements, according to specific scaling rules. In the case of the ELT dome, another major challenge is to design porous windscreens that will protect the telescope during operation from winds of up to 24 m/s, considering both wind loads and thermal aspects.

Q: What would be the consequences if wind testing wasn’t undertaken?

SM: The design of a structure must take into account all the loads that can occur (such as wind, snow, earthquakes, and so on). It’s simply a must.

DR: For standard buildings, these loads can be defined according to prescriptions specified in international or national codes. But for non-standard buildings, like the ELT dome, we have to perform wind testing to define wind loads. Wind loads can lead to the failure of the structure, from the detachment of parts like cladding panels to the full collapse of the main structure! 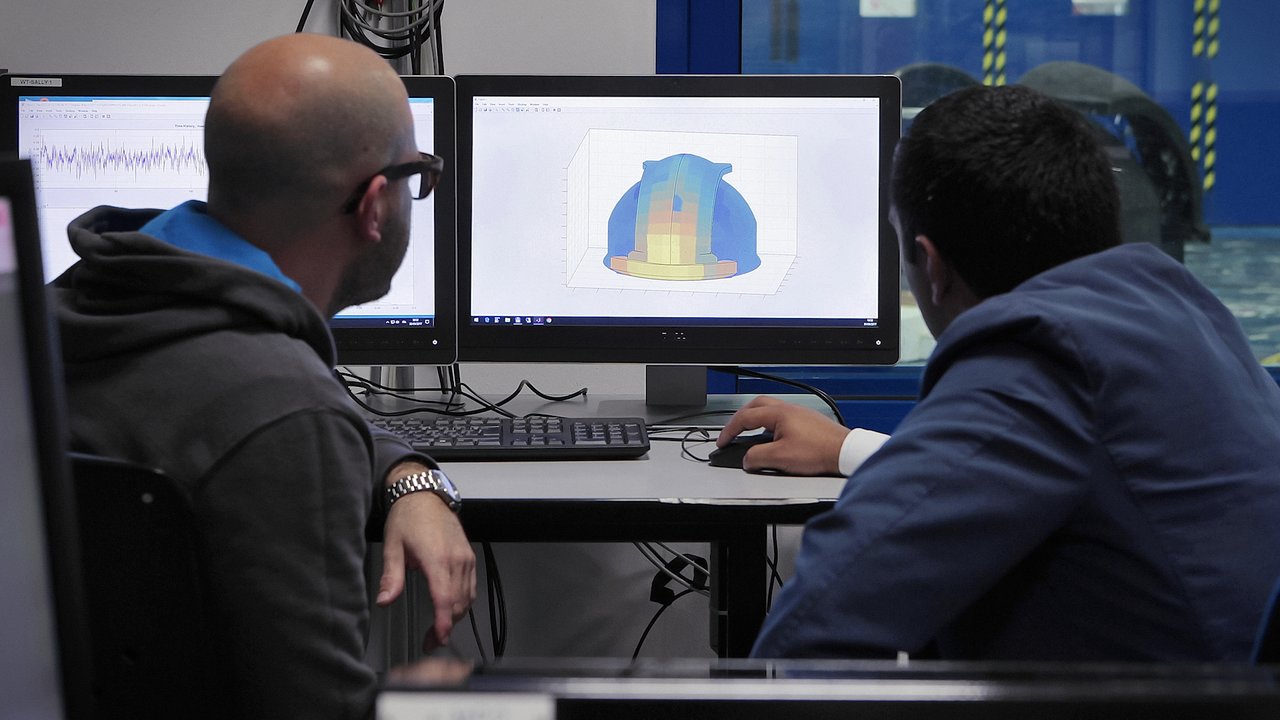 Designers and engineers use numerical models to simulate the strength of the model before testing it in practice.
Credit: ESO

Q: After testing the model, what actions are taken by the engineers? Have there already been significant changes based on these tests?

LR: In general — and this has not been necessary in the case of the ELT — if the results of a wind tunnel test are not satisfactory, it is possible to modify the model and test it again to seek a better performance. If the modified model behaves better than the baseline, we let our clients know and then it’s up to them to amend the first design accordingly. Of course, the goal of a wind tunnel test campaign is to focus on the aerodynamic performance of a model and look for ways to improve it. As the model is representative of the real full-scale object, the design of the real thing should be amended too.

Luca Emanuele Ronchi holds a degree in Mechanical Engineering from Politecnico di Milano. After participating in the design and testing of the scale model of the Polimi Wind Tunnel, in 1998 he joined the working group in charge of the full-scale Politecnico di Milano Wind Tunnel. Appointed as the Polimi Wind Tunnel Technical Manager, he takes care of the test schedule organisation, the maintenance schedule and organisation, the supervision of all testing activities, and the setup of models.

Stefano Mian received his master's degree in Mechanical Engineering at the University of Padova, Italy, in 2005, and has since worked for EIE Group as a structures engineer and finite element analyst. He has been involved in several astronomy projects; for ESO, he has worked on the ALMA antennas production series and on past feasibility studies for the ELT Dome and Main Structure. Within EIE Group, he currently is the Project Engineer for the ELT Dome design and engineering activities.

Daniele Rocchi is an Associate Professor in the Department of Mechanical Engineering of Politecnico di Milano. He teaches Applied Mechanics, Machine Dynamics and Wind Engineering. His research activity is mainly focused on the dynamics of mechanical systems and in particular on their interaction with the wind (such as in wind engineering and train aerodynamics). He is author of more than 100 scientific contributions in international journals and conferences.