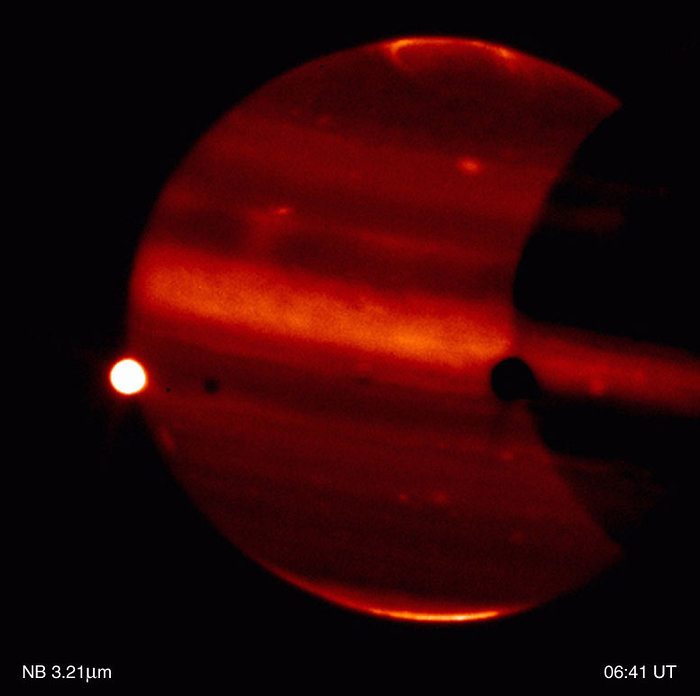 This is a thermal-infrared image of Jupiter, obtained by the ISAAC multi-mode instrument at the 8.2-m VLT ANTU telescope on Paranal on November 14, 2000; the Universal Time (UT) of exposure is indicated. It is part of a series of images showing the dramatically different appearance of Jupiter''s disk and the aurorae when viewed through different thermal-IR imaging filters. Note also the motion of thahhh e moon Io (left). The contrast has been enhanced to better show the faint details in the aurorae.