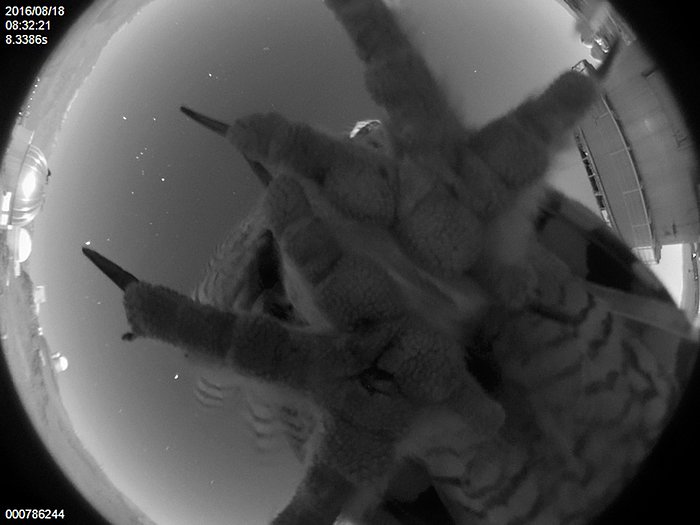 Like many of ESO’s telescopes, the Danish 1.54-metre telescope at La Silla Observatory in Chile is accompanied by an all-sky camera that transmits views of the site 24/7, allowing anyone and everyone worldwide to see the telescope in action. Viewers can see astronomers and engineers at work, admire breathtaking night-time views of the Milky Way, and — if they’re lucky — spot some of the locals.

This rare snap captures a native bird using the all-sky camera as a perch, perfectly unaware that it is blocking the view. The bird’s species remains an unsolved mystery; the image was taken at night so it is likely that the bird was out hunting, which suggests it is a nocturnal species.

Despite the high and dry conditions of ESO’s observatories in Chile’s Atacama Desert, the area is home to a wide range of wildlife, such as llama-like Vicuñas, sharp-eyed Andean foxes, majestic birds of prey, and wild horses that roam freely. They have adapted magnificently to the hostile conditions, and are a common sight around ESO’s observatories.