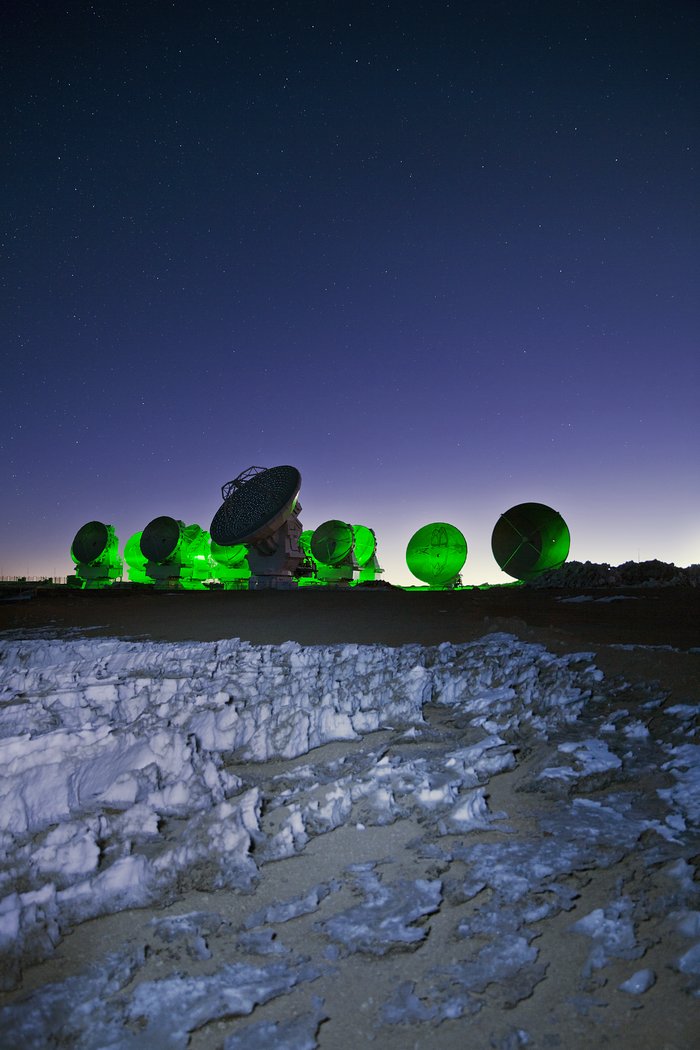 Sitting amongst the alien landscape of the harsh Atacama, the antennas of the Large Millimeter/submillimeter Array (ALMA) look eerily otherworldly in this ESO Picture of the Week as they are bathed in a neon green light.

This light is actually an in-built function of ALMA, not evidence of alien activity! The array’s antennas have a flashing green light that blinks periodically whilst the antennas are in operation, and does not disturb the radio-wavelength observations. This light is not usually quite so visible — this picture was captured using a 10-second exposure, during which time a green flash occurred and spread throughout the image, creating a stark contrast between the neon green of the antennas and the deep blue of the night sky.

Jagged ice formations known as penitentes can be seen in the foreground. These form at high altitudes where the low pressure and cold temperatures cause an unusual freezing and melting cycle. Penitentes form in a wide range of sizes, from a couple of centimetres up to around five metres. The ones in this picture are fairly small, measuring less than a metre.Credit: