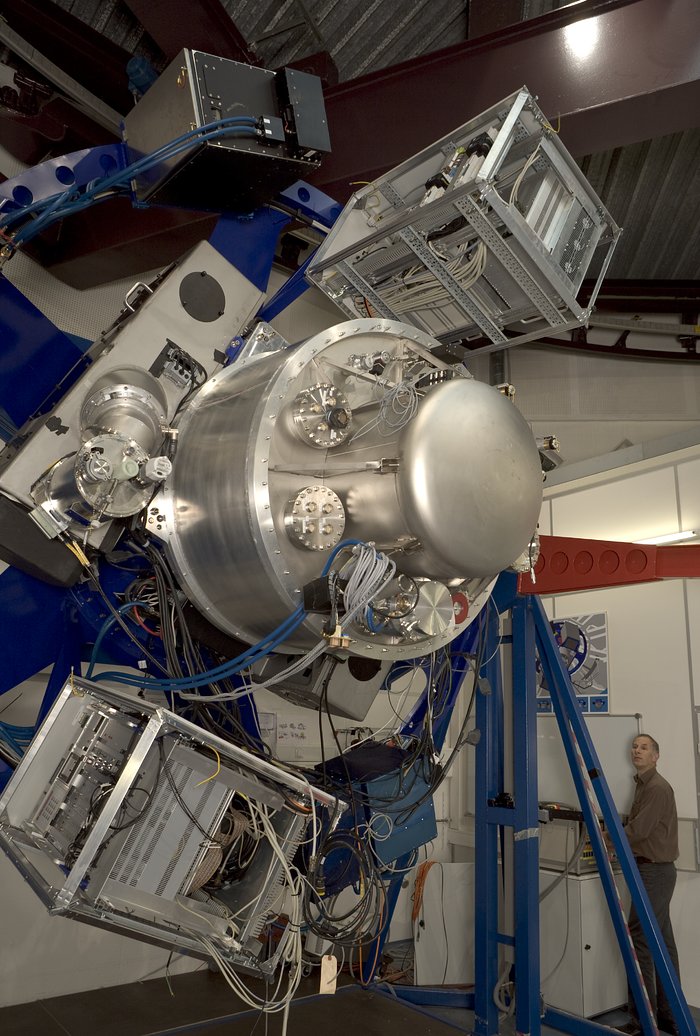 The image shows X-shooter, the first of the second generation VLT instruments, under test in the integration lab at ESO, Garching. The instrument has been built by a Consortium including ESO and institutes from Denmark, Italy, The Netherlands and France, and will start operation at the telescope in 2009.

X-shooter is a single target, wide band, intermediate spectral resolution spectrograph, designed to get the full spectrum of the faintest cosmic sources from the atmospheric cutoff in the near-ultraviolet to the infrared K-band in a single exposure.

In this image the instrument is shown as mounted on a telescope Cassegrain focus simulator, pointing at a large zenith distance. At the centre is the cryostat with the near-infrared arm of the spectrograph and at the left is the lower side of the visual spectrograph with its CCD detector. The two large boxes on the sides host the control electronics of the instrument.