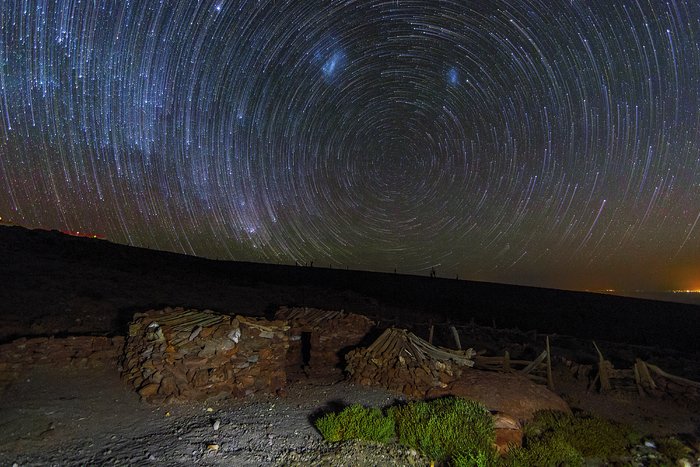 To take this Picture of the Week, ESO Photo Ambassador Adhemar Duro stopped by the roadside en route to one of ESO’s observing sites in Chile. This road winds up to the Atacama Large Millimeter/submillimeter Array, ALMA, located at an altitude of 5000 metres.

Due to the image’s long exposure time, the stars trace out circles on the night sky as they orbit the southern celestial pole, located at the centre of the image. Atop the celestial pole the Small and Large Magellanic Clouds — two satellite galaxies of the Milky Way, visible only in the southern hemisphere — can be seen as diffuse bluish clouds. On the left side of the image, an area densely populated by stars marks the centre of the Milky Way.

Even though the image was taken in the remote Atacama Desert, the distant lights of the small town San Pedro de Atacama are visible on the right edge of the image, brightening the dark night.Credit: