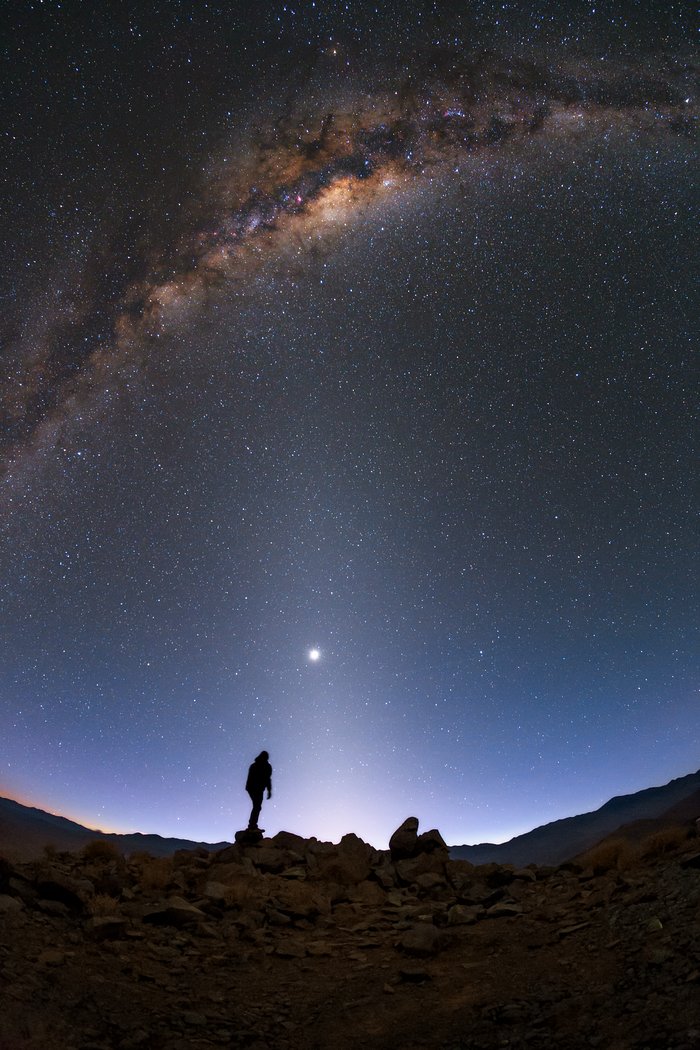 The faint light extending up from the horizon just below centre of this photo is known as zodiacal light, caused by sunlight scattering from cosmic dust in the plane of our Earth’s orbit.

A second band of light can be seen at the horizon on the lower left. This red light is airglow, produced by the Earth’s atmosphere. Airglow is caused by processes taking place in the upper atmosphere, including cosmic rays, recombining photoionized atoms, and various chemical reactions between oxygen, nitrogen, hydroxyl, sodium, and lithium atoms.

The third and final band is the Milky Way, our home galaxy, high in the sky. This band consists of billions of stars of all kinds. Many of them are hidden to the human eye behind large layers of interstellar dust, giving the Milky Way its characteristically mottled look.

At the centre of the image stands ESO Photo ambassador Babak Tafreshi, watching the light spectacle unfold around him during the ESO UHD Expedition in 2014.