Up close and Personal with the Very Large Telescope 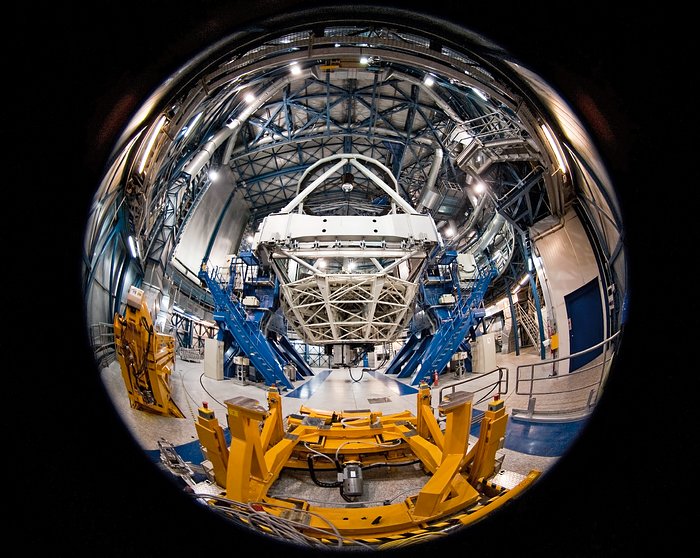 Imagine being a fly on the wall of ESO's Very Large Telescope (VLT) at the world's most advanced optical observatory. You could have a view a little like this. Fish-eye photography gives this unusual view of the 8.2-metre diameter telescope, poised and ready to begin gathering light from the deep recesses of the Universe as soon as the dome opens and starlight pours in.

The VLT has four of these 8.2-metre Unit Telescopes, called Antu, Kueyen, Melipal and Yepun. These are the Mapuche names for the Sun, Moon, Southern Cross and Venus. This photograph shows Yepun. The names are from the native language of the indigenous people who live mostly in the area south of the Bio-Bio River, some 500 km south of Santiago de Chile.

The VLT is so powerful that it allows us to see objects four thousand million times fainter than those that can be seen with the unaided eye. This has helped make ESO the most productive ground-based observatory in the world.