Paranal’s telescopes in the distance 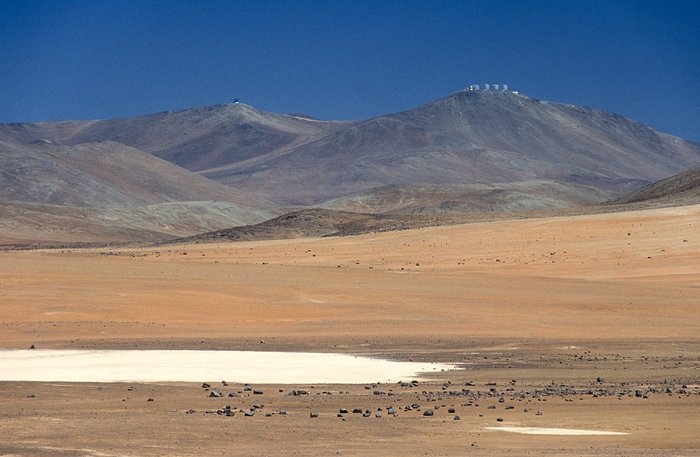 This picture looks like a scene from a science fiction movie, with strange, distant structures rising over a desolate alien valley. In fact, this is the barren Atacama Desert in northern Chile, and the oddly shaped buildings silhouetted against the sky are part of ESO’s Very Large Telescope (VLT) observatory, the world’s most advanced ground-based observatory. The four 8.2-metre Unit Telescopes stand out to the right on the summit of Mount Paranal. To the left looms the new 4.1-metre Visible and Infrared Survey Telescope for Astronomy (VISTA), the largest survey telescope in operation.

The extremely arid conditions and high altitude of the Paranal region make it an optimum site to locate an astronomical observatory. The otherworldliness and remoteness of the area add to the adventure of conducting cutting-edge astronomy.