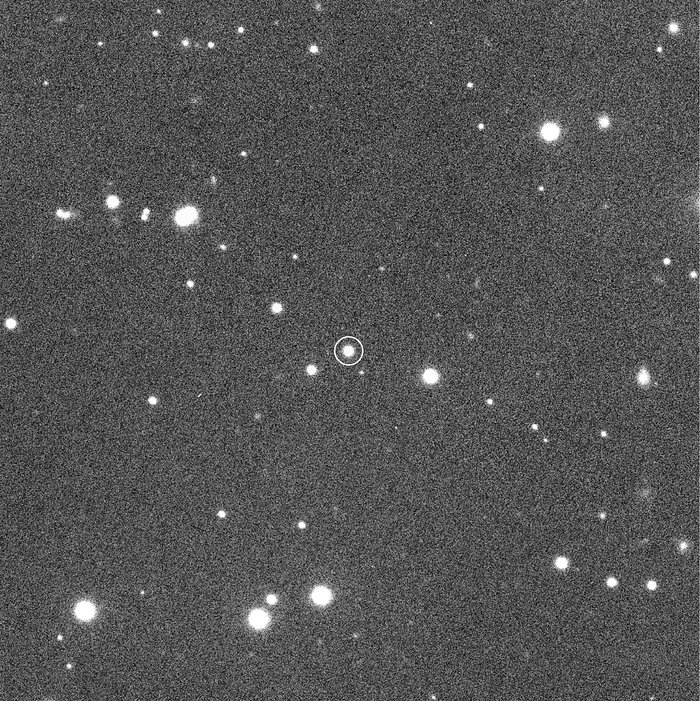 This photo represents the sky field around the 17-mag variable stellar system NN Serpentis, as seen in a 5 sec exposure through a Visual filter with VLT ANTU and FORS1. It was obtained just before the observation of an eclipse of this unusual object and served to centre the telescope on the corresponding sky position. The field shown here measures 4.5 x 4.5 armin 2 (1365 x 1365 pix 2 ; 0.20 arcsec/pix). The field is somewhat larger than that shown in ESO Press Photo eso9936 and has the same orientation to allow comparison: North is about 20° anticlockwise from the top and East is 90° clockwise from that direction.