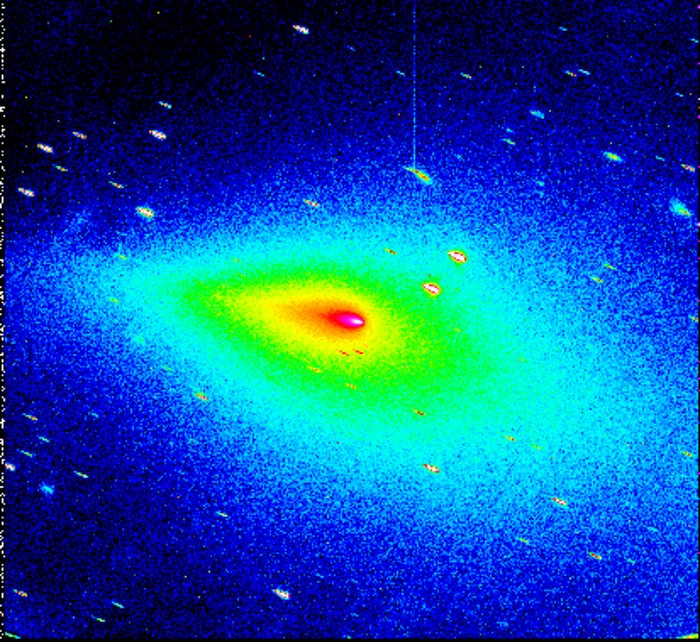 This false-colour photo shows the peculiar shape of the dust coma surrounding the split nucleus of Comet Schwassmann-Wachmann 3. It was obtained on December 13, 1995, with the EMMI instrument at the ESO 3.5-metre New Technology Telescope. The photo covers the full field of the 2000 x 2000 pixel CCD frame (8.7 x 8.7 arcminutes). North is up and East to the left. The direction to the Sun is to the right in this photo.

At the time of the observation, the comet's orbital plane nearly passed through the Earth and the dust tail which is mostly located in this plane was therefore almost seen edge-on. Cometary tails normally point away from the Sun, and the nucleus is therefore most often placed very asymmetrically in the dust envelope. However, in this particular case, there is also much dust on the sunward side and the nucleus is located more centrally in the coma. This phenomenon is known as an "anti-tail".

Calculations show that the most of the dust on the sunward side was released from the cometary nucleus before mid-October 1995, i.e. during or immediately following the dramatic outburst of this comet.