Violation of international law on Paranal 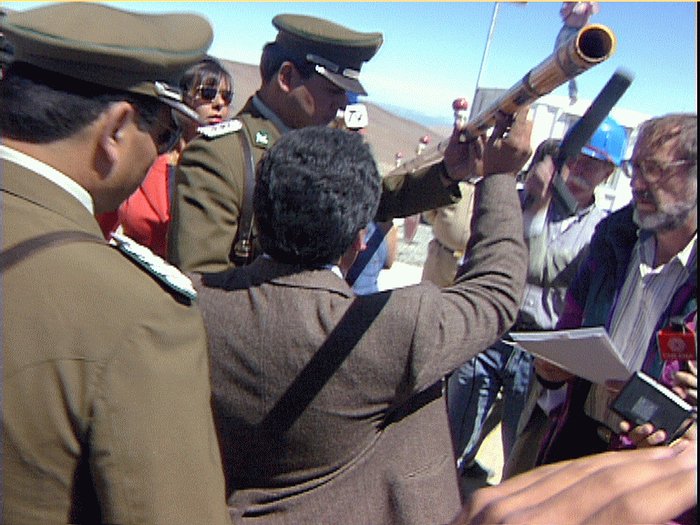 30 March 1995 at 12:40 h Chilean time, a Chilean court official, Mr. Javier Jimenez, Receptor Indicial, accompanied by Chilean Carabinieros, forced an entry to the premises of ESO on Cerro Paranal without permission of ESO and without agreement between the Chilean Government and ESO, although warned that this act was in violation of the status of ESO as an international organization on the basis of the 1963 Convention and subsequent agreements between the Government of Chile and ESO. This action was taken on the basis of a decision by the Supreme Court in Chile on 28 March 1995 to enforce a previous court decision taken on 20 March 1995 in Antofagasta, applying a work stoppage for the VLT (Very Large Telescope) Observatory on Paranal and to assess the present state of constructions, any further construction work to be destroyed at the cost of ESO. This action is a very serious and unprecedented event in the relations between an international organization and its host state. It has occurred notwithstanding the fact that ESO had repeatedly requested the Chilean Government to ensure that the immunities of ESO be respected and had received assurances that the Government of Chile supported the ESO position. This includes the following points: first that the privileges and immunities granted to ESO by the 1963 Convention extend to the entire territory of Chile, second that the donation of the Paranal site by the Chilean Government to ESO in 1988, had been done in accordance with the rules of international law and under the condition that the construction of the VLT Observatory should be initiated within 5 years. This act raises to a new level the quality of the harassment to its activities in Chile, which ESO has experienced in the past year and will result in substantial financial damage to the VLT project. In view of the seriousness of the situation the President of the ESO Council, Dr. Peter Creola, in consultation with the Director General of ESO, Prof. Riccardo Giacconi, has called for an Extraordinary Meeting of the ESO Council to deliberate on ESO's options on how to proceed.