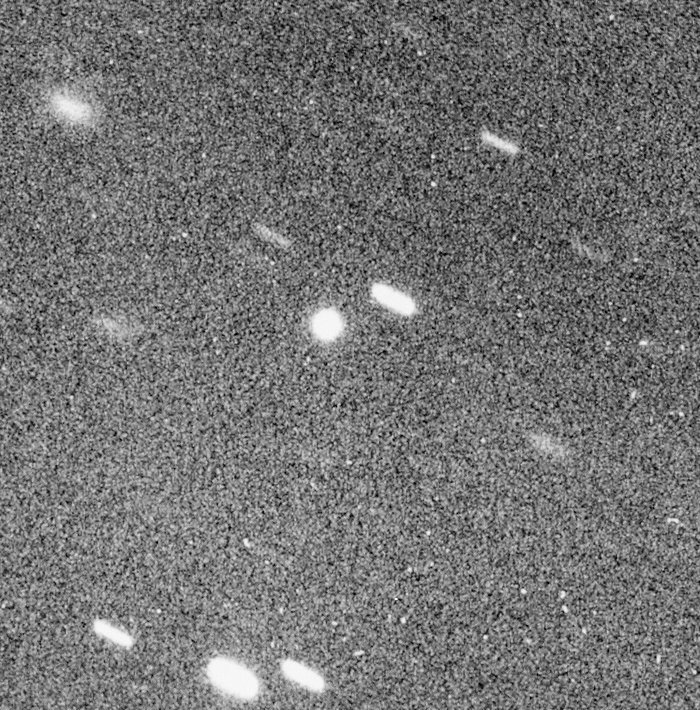 This photo shows the newly discovered minor planet 1992 AD which is the most distant in the Solar System. It was obtained at the ESO La Silla Observatory on 5 February 1992. The telescope followed the planet whose 16.7 magnitude image is round; the stars in the field are seen as short trails. The diffuse trail at the upper left corner is that of a galaxy.