ESO’s 60th anniversary image: the Cone Nebula as seen by the VLT 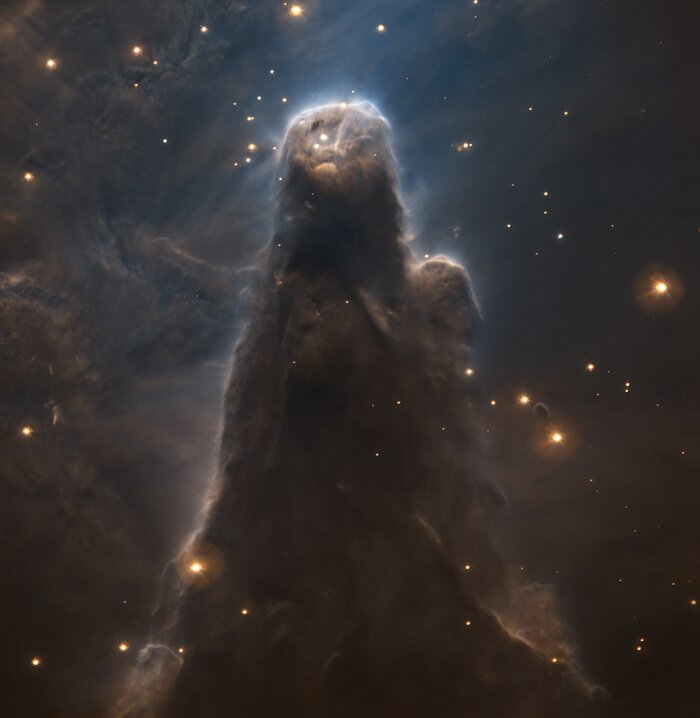 The Cone Nebula is part of a star-forming region of space, NGC 2264, about 2500 light-years away. Its pillar-like appearance is a perfect example of the shapes that can develop in giant clouds of cold molecular gas and dust, known for creating new stars. This dramatic new view of the nebula was captured with the FOcal Reducer and low dispersion Spectrograph 2 (FORS2) instrument on ESO’s Very Large Telescope (VLT), and released on the occasion of ESO’s 60th anniversary.