NGC 7727’s spectacular galactic dance as seen by the VLT 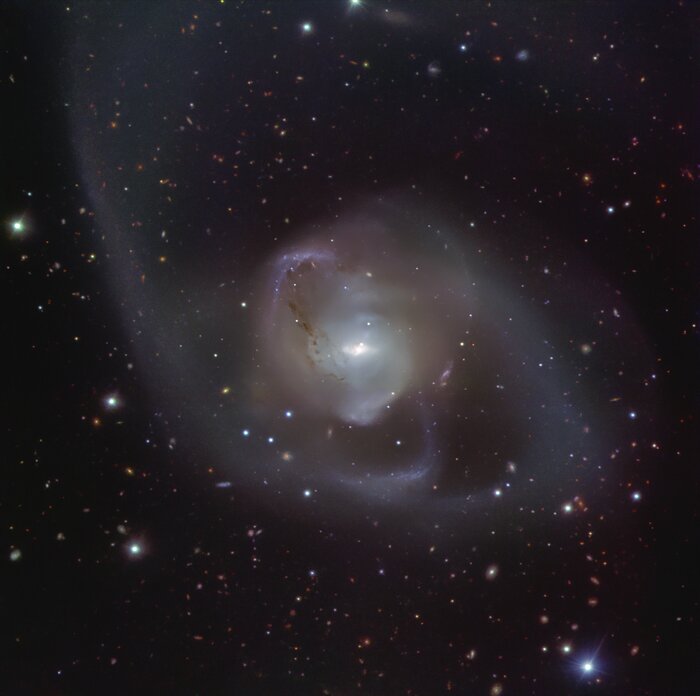 The galaxy NGC 7727 was born from the merger of two galaxies that started around a billion years ago. The cosmic dance of the two galaxies has resulted in the spectacular wispy shape of NGC 7727. At the heart of the galaxy, two supermassive black holes are spiralling closer to each other, expected to merge within 250 million years, the blink of an eye in astronomical time. This image of NGC 7727 was captured by the FOcal Reducer and low dispersion Spectrograph 2 (FORS2) instrument at ESO’s Very Large Telescope (VLT).