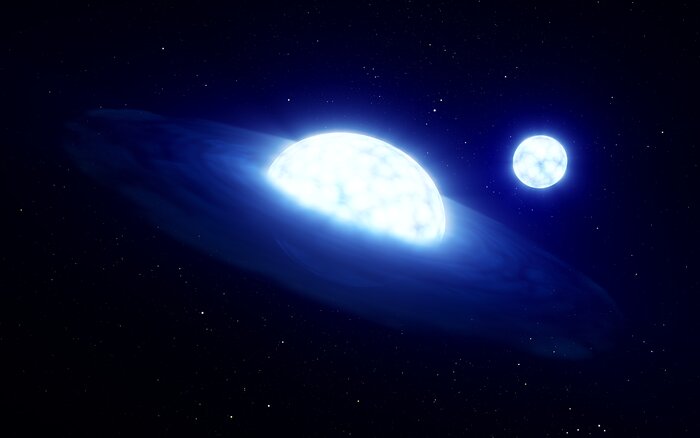 New research using data from ESO’s Very Large Telescope and Very Large Telescope Interferometer has revealed that HR 6819, previously believed to be a triple system with a black hole, is in fact a system of two stars with no black hole. The scientists, a KU Leuven-ESO team, believe they have observed this binary system in a brief moment after one of the stars sucked the atmosphere off its companion, a phenomenon often referred to as “stellar vampirism”. This artist’s impression shows what the system might look like; it’s composed of an oblate star with a disc around it (a Be “vampire” star; foreground) and B-type star that has been stripped of its atmosphere (background).