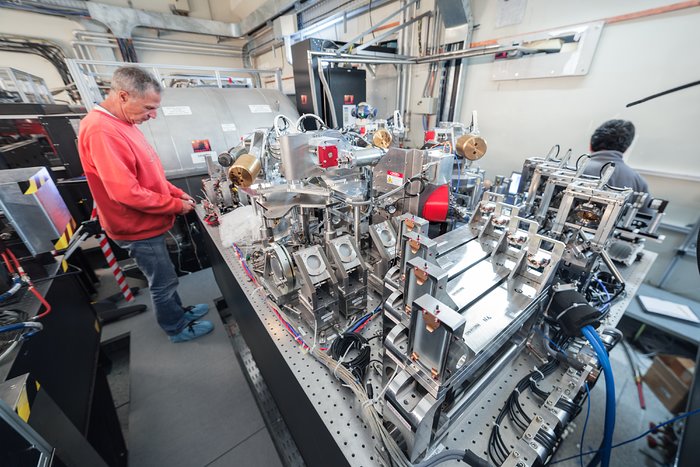 This image shows the complex instrument during installation.