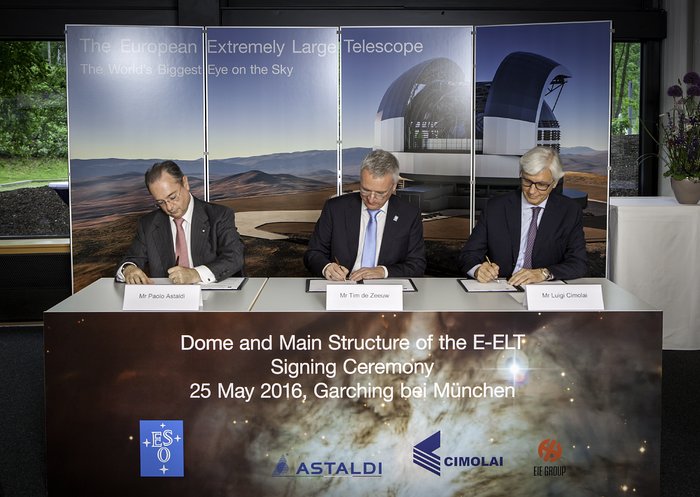 At a ceremony in Garching bei München, Germany on 25 May 2016, ESO signed the contract with the ACe Consortium, consisting of Astaldi, Cimolai and the nominated sub-contractor EIE Group for the dome and telescope structure of the European Extremely Large Telescope (E-ELT). This is the largest contract ever awarded by ESO and the largest ever contract in ground-based astronomy. At this occasion the construction design of the E-ELT was unveiled.