Juan Carlos I, King of Spain, and Xavier Barcons, the President of the ESO Council 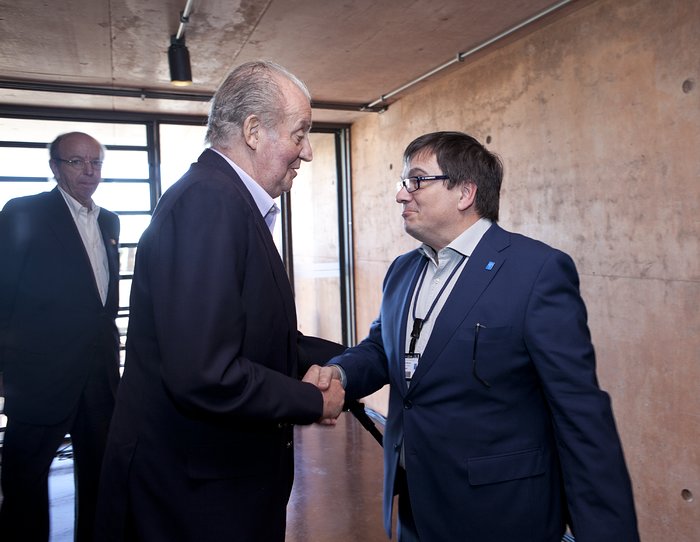 On a visit to ESO’s Paranal Observatory on 6 June 2012, the King of Spain met Xavier Barcons, who is President of the ESO Council and a research professor at the Spanish National Research Council (CSIC, Consejo Superior de Investigaciones Científicas). The King came to Paranal on the last day of his official visit to South America, in which he visited Brazil and Chile, before returning to Spain.