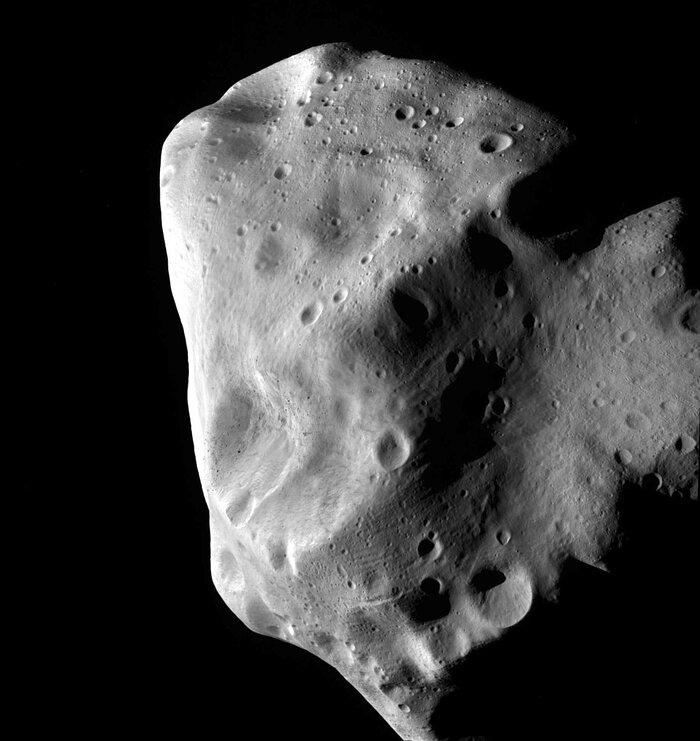 This image of the unusual asteroid Lutetia was taken by ESA’s Rosetta probe during its closest approach in July 2010. Lutetia, which is about 100 kilometres across, seems to be a leftover fragment of the same original material that formed the Earth, Venus and Mercury. It is now part of the main asteroid belt, between the orbits of Mars and Jupiter, but its composition suggests that it was originally much closer to the Sun.