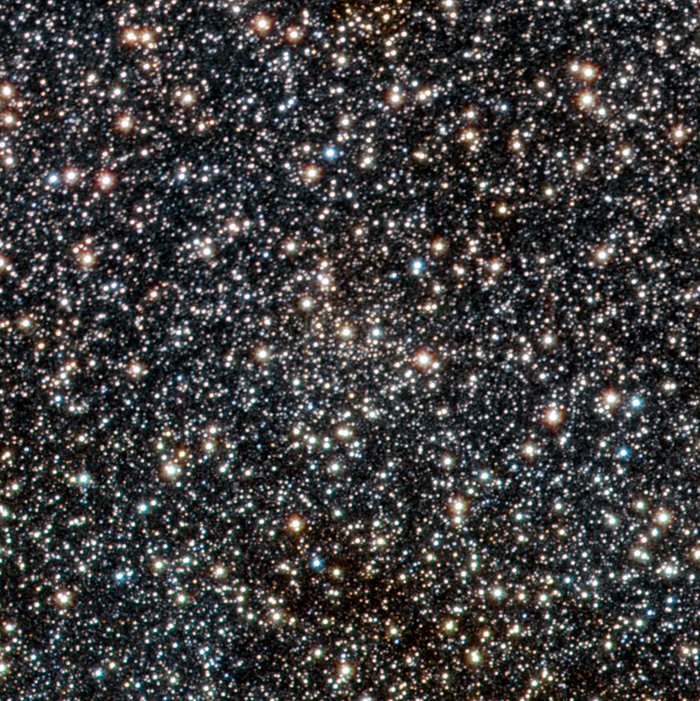 This image from VISTA is a tiny part of the VISTA Variables in the Via Lactea (VVV) survey that is systematically studying the central parts of the Milky Way in infrared light. At the centre of the picture lies the open star cluster VVV CL003. This newly discovered cluster, which appears as just an inconspicuous concentration of faint stars at the centre of the picture, is the first ever found on the other side of the centre of the Milky Way from the Earth.
Credit:
ESO/D. Minniti/VVV Team
Usage of ESO Images, Videos, Web texts and Music
Are you a journalist? Subscribe to the ESO Media Newsletter in your language.