The habitable zone around some stars with planets 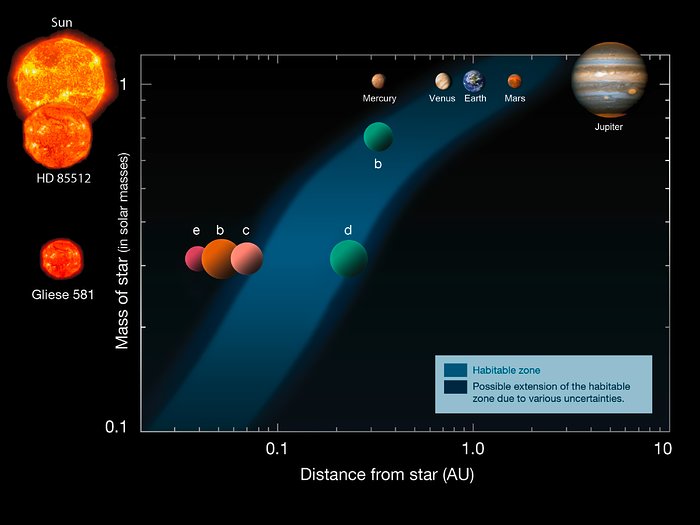 A team of astronomers has shown that the newly discovered exoplanet HD 85512 b lies at the edge of the habitable zone of its star, where liquid water oceans could potentially exist if the atmosphere of the planet has sufficient cloud cover. This diagram shows the distances of the planets in the Solar System (upper row) in the new HD 85512 system (middle) and in the Gliese 581 system (lower row), from their respective stars (left). The habitable zone is indicated as the blue area.

Note that some early versions of this diagram were in error - please use the most recent.

Based on an original diagram by Franck Selsis, Univ. of Bordeaux.