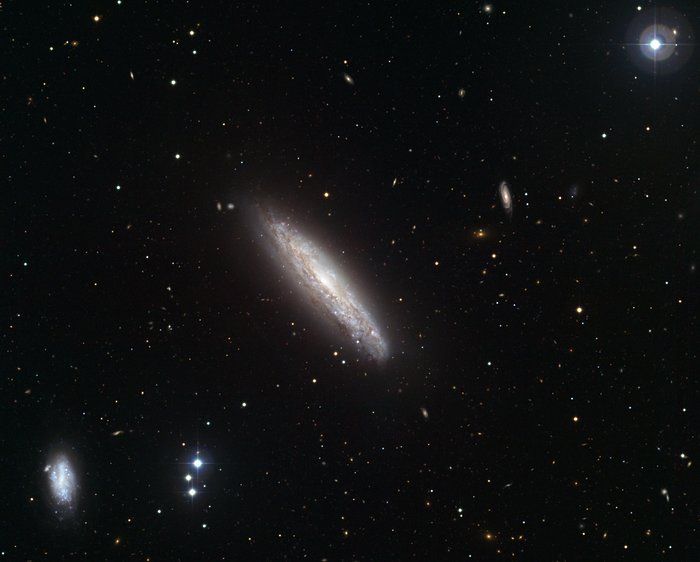 This visible light image, made with the Wide Field Imager on the MPG/ESO 2.2-metre telescope at the La Silla Observatory in Chile, shows the galaxy NGC 4666 in the centre. It is a starburst galaxy, about 80 million light-years from Earth, in which particularly intense star formation is taking place. The starburst is thought to be caused by gravitational interactions with neighbouring galaxies, including NGC 4668, visible to the lower left. A combination of supernova explosions and strong winds from massive stars in the starburst region drives a vast outflow of gas from the galaxy into space — a so-called “superwind”. NGC 4666 had previously been observed in X-rays by the ESA XMM-Newton space telescope, and these visible light observations were made to target background objects detected in the earlier X-ray images.

This picture, which covers a field of 16 by 12 arcminutes, is a combination of twelve CCD frames, 67 megapixels each, taken through blue, green and red filters.