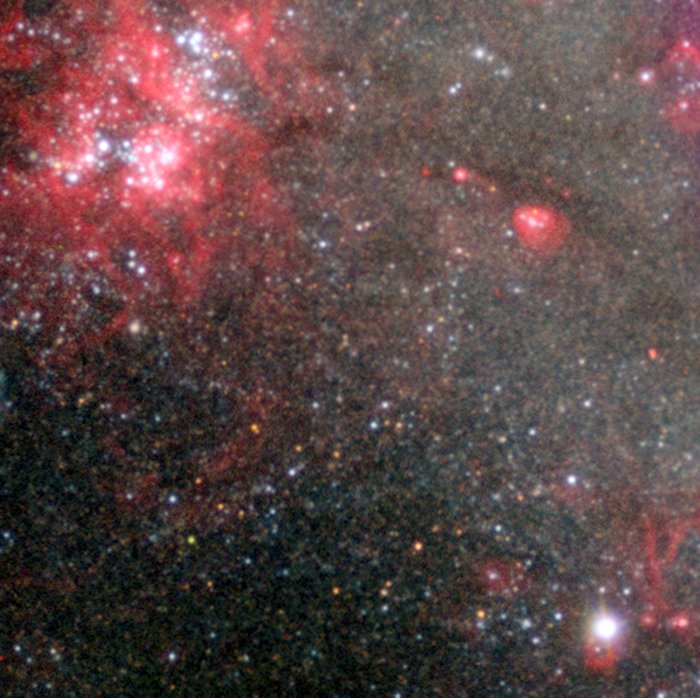 Astronomers using ESO’s Very Large Telescope (VLT) have detected a stellar-mass black hole much further away than any other previously known. With a mass about twenty times that of the Sun, this is also the second most massive stellar-mass black hole ever found. The newly announced black hole lies in a spiral galaxy called NGC 300, six million light-years from Earth.

This image obtained with the FORS2 instrument on the VLT is centred on the position of the black hole. The image covers a field of view of about 2x2 arcminutes, or about 4000 light-years at the distance of NGC 300. The image is based on data obtained through a wide B filter and two narrow-band filters centred on 500 nm and H-alpha.