Quantum of Solace filming at Paranal 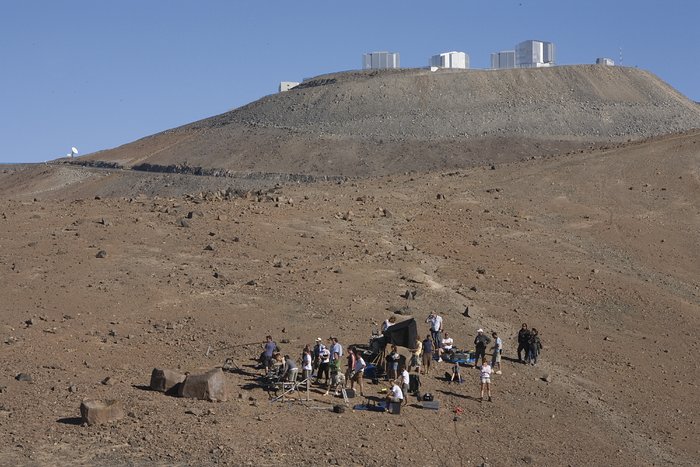 Key scenes of the movie have been filmed at Paranal, the home of ESO's Very Large Telescope, the most advanced optical telescope in the world. Usually occupied by no more than 100 astronomers, engineers and technicians, Paranal, at the end of March 2008, welcomed the 300 strong film crew for several days of shooting. From their hotel base in Antofagasta, the crew travelled for up two hours each morning to reach the filming locations.