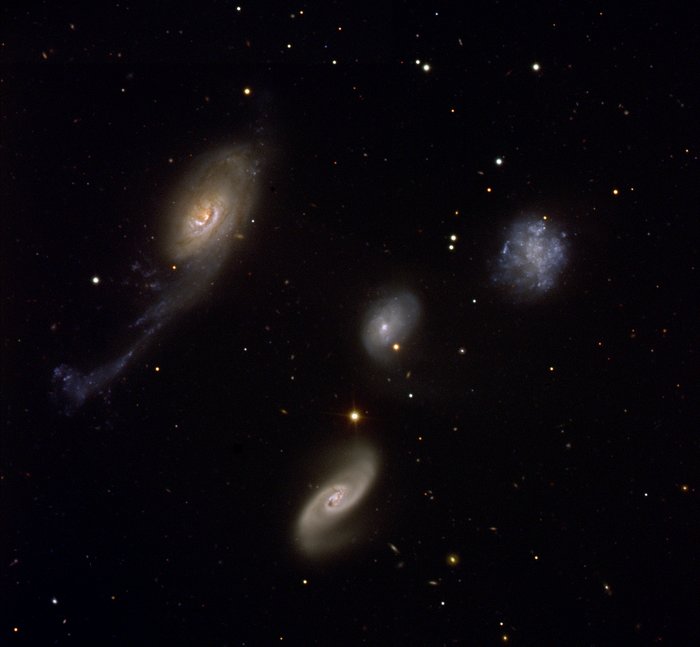 Robert's Quartet is a family of four very different galaxies, located at a distance of about 160 million light-years, close to the centre of the southern constellation of the Phoenix. Its members are NGC 87, NGC 88, NGC 89 and NGC 92, discovered by John Herschel in the 1830s.

NGC 87 (upper right) is an irregular galaxy similar to the satellites of our Milky Way, the Magellanic Clouds. NGC 88 (centre) is a spiral galaxy with an external diffuse envelope, most probably composed of gas. NGC 89 (lower middle) is another spiral galaxy with two large spiral arms. The largest member of the system, NGC 92 (left), is a spiral Sa galaxy with an unusual appearance. One of its arms, about 100,000 light-years long, has been distorted by interactions and contains a large quantity of dust.