Positions of 2M1207A and of its companion 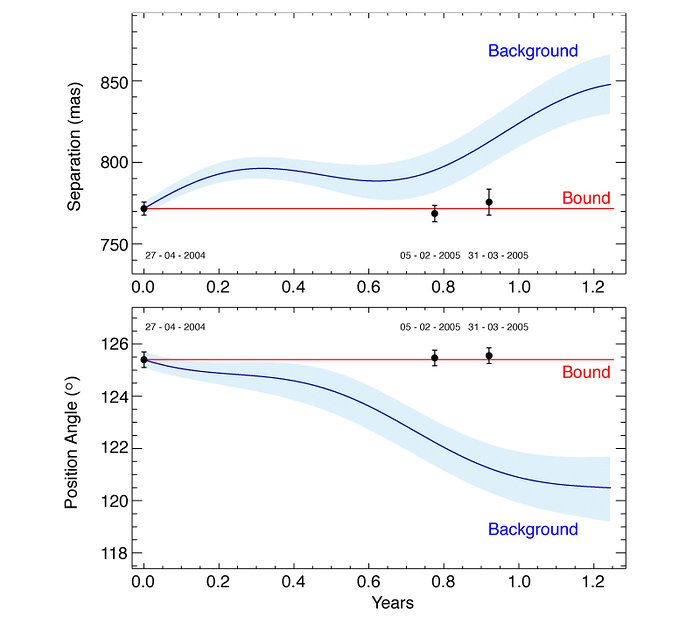 The relative position of 2M1207b with respect to 2M1207a at three different epochs (April 2004, February and March 2005). The top panel shows the separation between the two objects in milli-arcseconds, while the lower one represents the relative angle. The blue line shows the predicted change in position if the feeble speck of light would have been a background object. It is clear however that the data indicate that the two objects move together in the sky, hence are bound (red line).