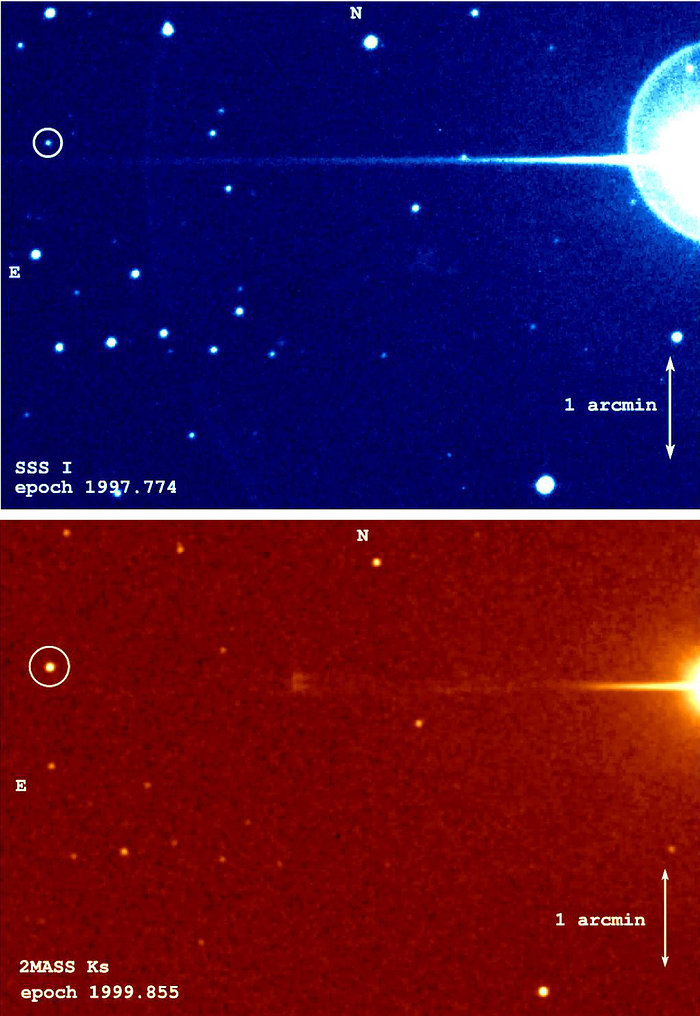 Epsilon Indi A (the bright star at far right) and its brown dwarf companion Epsilon Indi B (circled). The upper image comes from one of the SuperCOSMOS Sky Surveys (SSS) optical photographic plates (I-band, centred at wavelength 0.7 µm) on which this very high proper motion object was discovered. The lower image is a near-infrared image (Ks-band, 2.1 µm) from the Two Micron All Sky Survey (2MASS). Epsilon Indi B is much brighter in the near-infrared than at optical wavelengths, indicating that it is a very cool object. Both images cover roughly 7 x 5 arcmin.