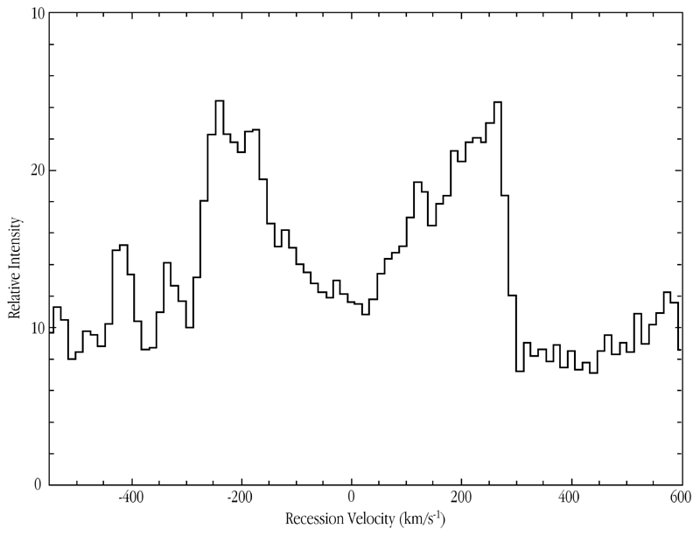 The extracted H-alpha profile in ISOHDFS 27, following extensive image processing of the spectrum shown in ESO Press Photo eso0041. When corrected for the inclination of the galaxy (50°), the peak-to-peak velocity difference is about 830 km/sec, corresponding to a rotational velocity of about 415 km/sec. This is about three times more than what is typical for normal spiral galaxies and hence indicates a very large mass.

The present results are based on observations that were collected in visitor mode during August 18-20, 2000. For these observations, ISAAC was used in medium resolution mode (R ~ 5000) with a slit of 0.6 arcsec x 2 arcmin. The pixel scale is 0.146 arcsec/pix. The wavelength for the H-alpha is 1.0370 µm and the SZ band was used for the observations. The seeing was very good throughout the run (from 0.2 - 0.9 arcsec).