A massive star forming in M17 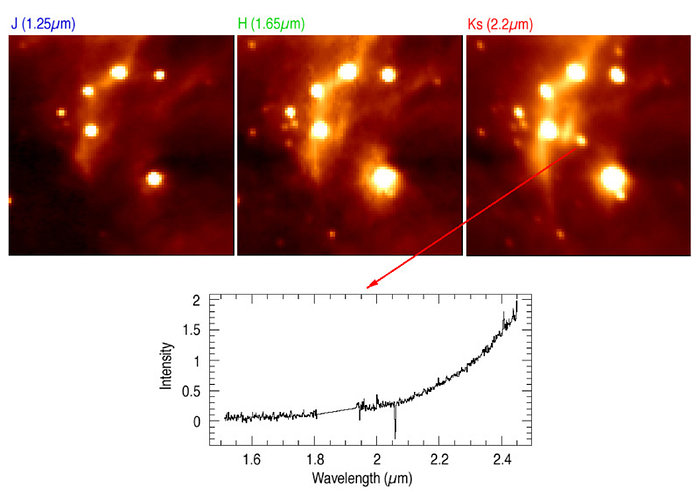 This image shows an enlargement of a small area of the field in ESO Press Photo eso0030a (slightly above and to the right of the centre), centred on the position of a massive star in the process of being formed. Its colour is such that it can only be seen in the longest-wavelength image (Ks). Below is the infrared spectrum of this object, obtained with SOFI on August 16, 2000. As can be seen, it is nearly featureless, with rapidly increasing intensity towards longer wavelengths. Technical information : The spectrum was obtained during 20 min exposure, with an additional 20 min on the background sky. The spectral resolution is approx. 1000. The "absorption line" at 2.06 µm is an artefact from a helium line when the "background" nebular spectrum was subtracted to cancel the hydrogen lines.