Uranium in a very old star 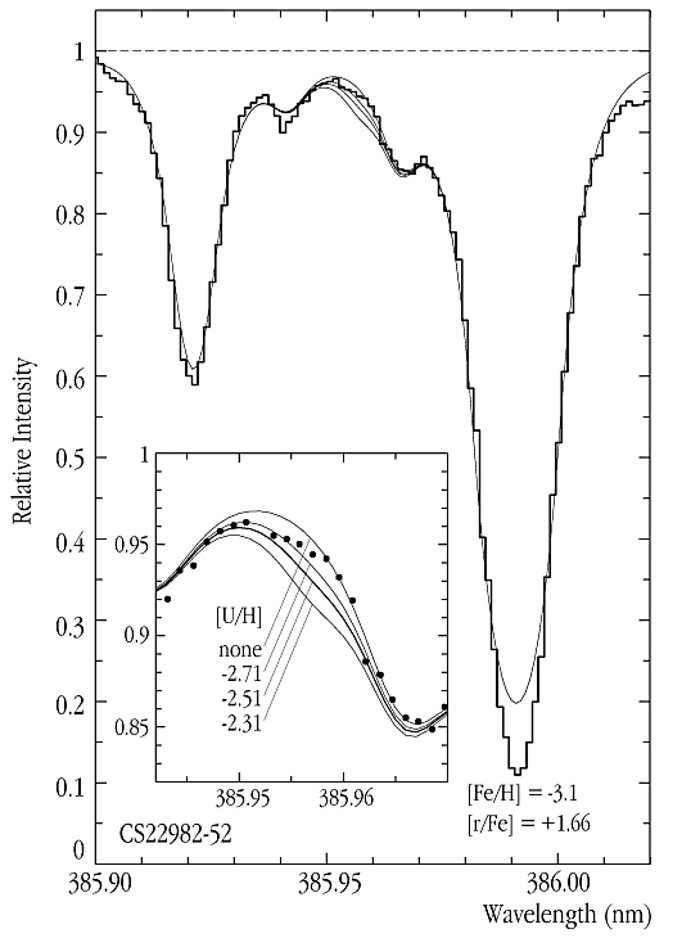 This image shows the wavelength region around the U II (singly ionized uranium) 385.95 nm line, as observed in the old star CS 22892-52 with UVES (as the fully drawn "step" line in the large panel, and as dots in the enlarged section in the small panel).

The very faint uranium line is discernible as a slight "depression" in the recorded spectrum. In order to estimate the critical upper limit of the uranium abundance in the star's atmosphere, several synthetic spectra with different logarithmic abundance of uranium (from "none" to -2.31 on a scale where the logarithmic hydrogen abundance is 12) have been computed (continuous thin lines in both diagrams). The abundance values are indicated - it can be seen that the model with [U/H] ~ -2.5 is clearly below the observed spectrum, i.e., this value is a very conservatory upper estimate of the uranium abundance. The strong lines on either side of the U II line are due to iron (Fe I), while the weaker features are blends of lines from various elements.