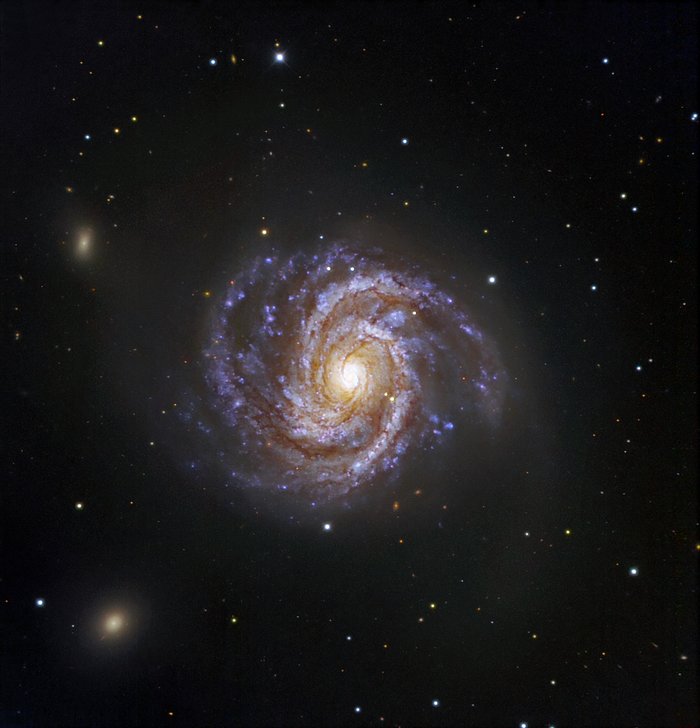 Similar in appearance to our own Milky Way, Messier 100 is a grand spiral galaxy that presents an intricate structure, with a bright core and two prominent arms. The galaxy harbours numerous young and hot massive stars as well as extremely hot regions of ionised hydrogen. Two smaller arms are seen emerging from the centre and reaching towards the larger spiral arms. The galaxy, located 60 million light-years away, is slightly larger than the Milky Way, with a diameter of about 120,000 light-years. A supernova was discovered in M100 on 4 February 2006. Named SN 2006X, it is the 5th supernova to have been found in M100 since 1900. This image is based on data acquired with the 1.5 m Danish telescope at the ESO La Silla Observatory in Chile, through three filters (B: 1390 s, V: 480 s, R: 245 s). The supernova is the brighter of the two stars seen just to the lower right of the galaxy centre.