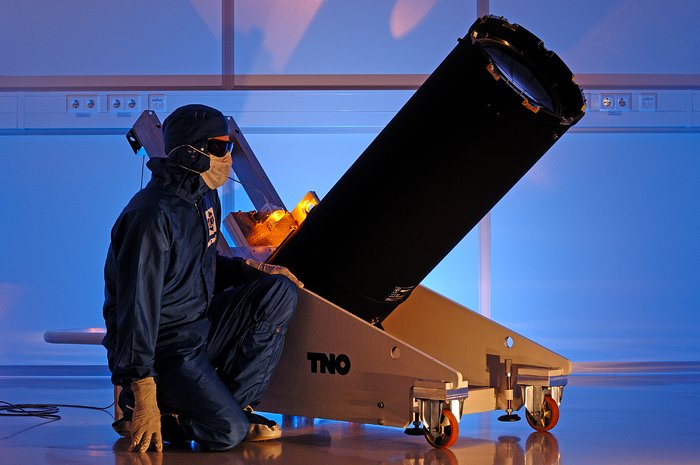 This picture shows one of four special telescopes that will be used to fire laser beams high into the atmosphere to create artificial stars. These are vital components of the Four Laser Guide Star Facility (4LGSF) for ESO’s Very Large Telescope (VLT) that were developed by the Netherlands Organisation for Applied Scientific Research (TNO). The image shows one of the telescopes at TNO shortly before shipping to ESO.