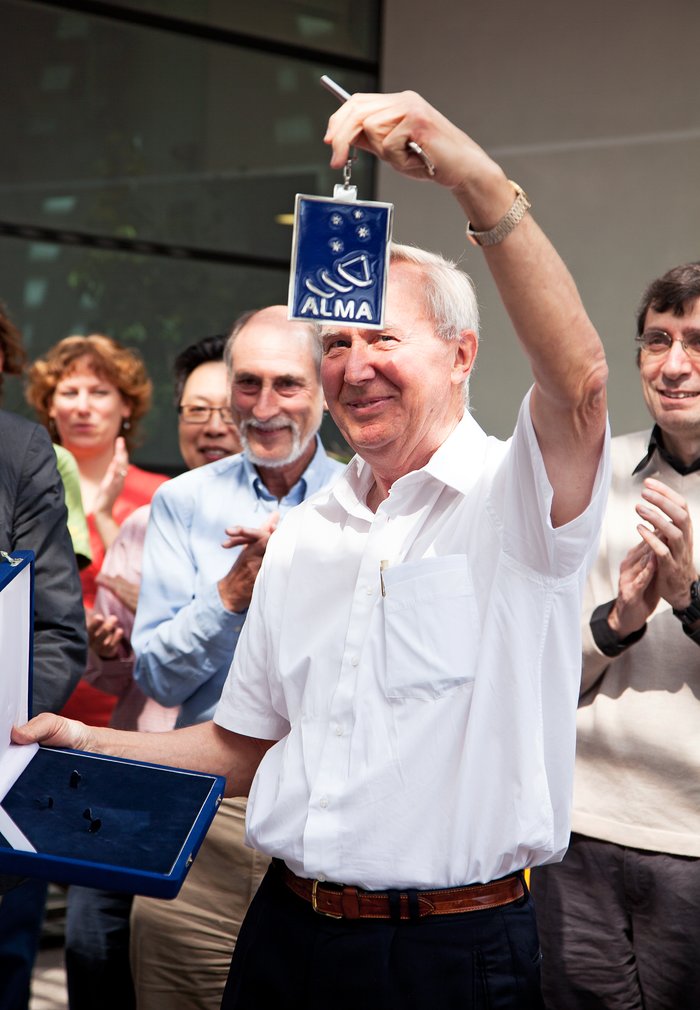 ALMA Director, Thijs de Graauw, at the inauguration of the new ALMA Santiago Central Office. The American Astronomical Society has awarded the 2012 Joseph Weber Award for Astronomical Instrumentation to Thijs de Graauw for his work on the HIFI camera, placed on the European Space Agency's infrared space observatory Herschel, which was launched in May 2009.