A spiral galaxy in Leo 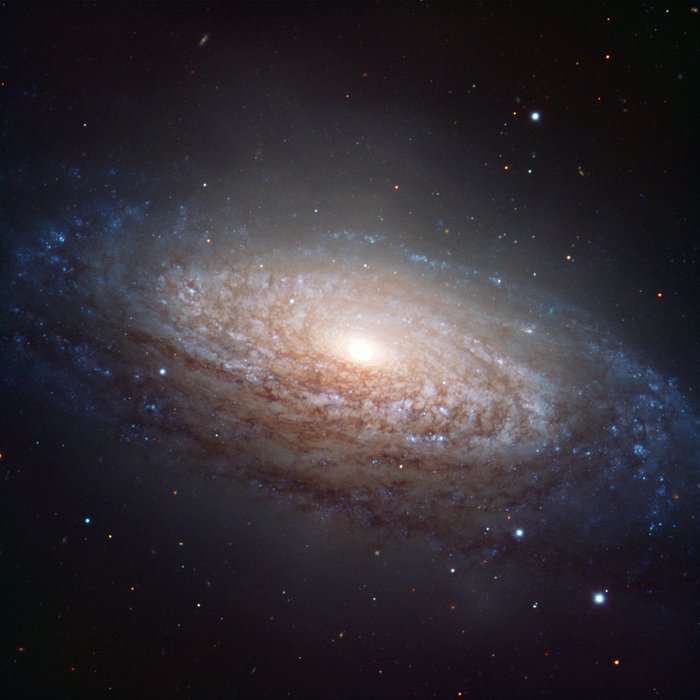 This picture of the nearby galaxy NGC 3521 was taken using the FORS1 instrument on ESO’s Very Large Telescope, at the Paranal Observatory in Chile. The large spiral galaxy lies in the constellation of Leo (The Lion), and is only 35 million light-years distant. This picture was created from exposures taken through three different filters that passed blue light, yellow/green light, and near-infrared light. These are shown in this picture as blue, green, and red, respectively.